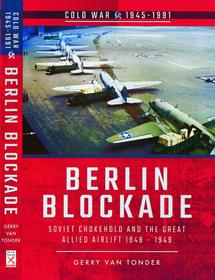 A profound sense of guilt and nostalgia prompts former soldier Jason Green to return to Africa for the funeral of an old friend killed in suspicious circumstances in the Zambezi Valley. He is about to be sucked into the murky and brutal underworld of the illegal ivory trade. Grave injury and a burning desire for revenge thrust Green from the blistering heat of the Zambezi Valley to the tropical coast of Mozambique and beyond.

Mention of this Derbyshire market town’s name invariably conjures up an image of an iconic landmark: the crooked church steeple. It does, however, also speak of a military heritage built up over a millennium. The word Chester itself is derived from the ancient Roman fort or ‘castrum’: military garrisons that peppered the English countryside during the occupation. 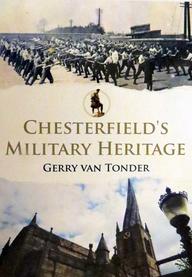 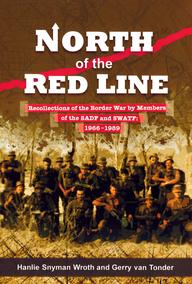 For a hundred years, British and Chinese territorial claims in the Himalayas were in dispute, with Indian historians claiming that the region was the fountainhead of Hindu civilization. In the spring of 1962, Indian forces deployed into the Ladakh region of the state of Jammu and Kashmir, hoping to push the Chinese back.
​

From August 1940, Hitler’s Luftwaffe mercilessly and indiscriminately bombed cities and towns in Britain. The historic city of Coventry did not escape the carnage as, night after night, high-explosive and incendiary ​bombs rained down on this production centre of cars, munitions and aero engines. 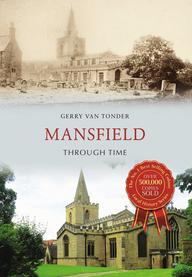 Staggering under the immeasurable cost of the ‘good fight’, post-war Britain was immediately confronted with an imploding empire, where overseas territories over which the Crown held varying levels of control clamoured for self-determination. (link) 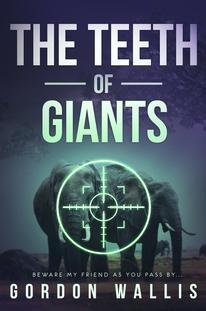 In the first volume in this series on the Korean War, North Korea Invades the South, North Korean ground forces, armour and artillery crossed the 38th Parallel, and, in blitzkrieg style, roll back US and South Korean forces down the Korean peninsula. Despite the US and South Korea committing army, air force and navy units, supported by allied forces, by 31 July, eleven enemy divisions were concentrated in a disconnected line from Chŏnju to Yŏngdong.

Released by Pen and Sword Books in November 2018. 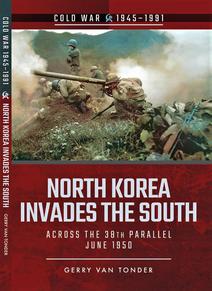 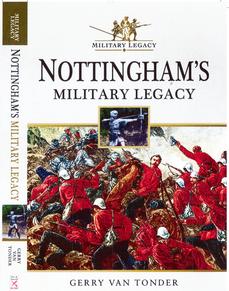 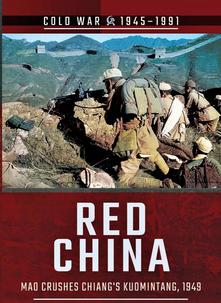 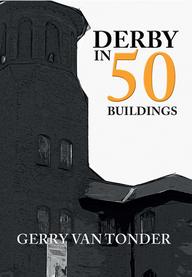 Released by Pen and Sword Books in August 2018.​ 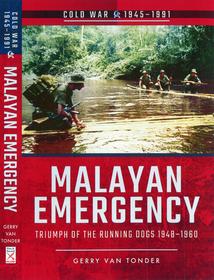 In June 1941, Adolf Hitler, whose loathing of Slavs and Jewish Bolsheviks know no bounds, launched Operation Barbarossa, throwing 4,000,000 military personnel, supported by tanks, artillery and aircraft into the Soviet Union. Operational groups of the German Security Service, SD, followed into the Baltic and the Black Sea area. Their orders: neutralize or exterminate elements hostile to Nazi domination

Released by Pen and Sword Books in April 2018.

Straddling the Derwent River, the cathedral city of Derby, its foundations in the Roman occupation of Britain, can directly attribute its contemporary status to the Industrial Revolution. This book reveals the rich and diverse history that is reflected in Derby’s architecture through successive decades of growth.

Released by Pen and Sword Books in February 2019. 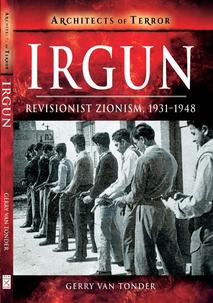 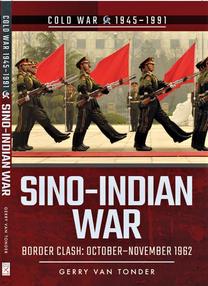 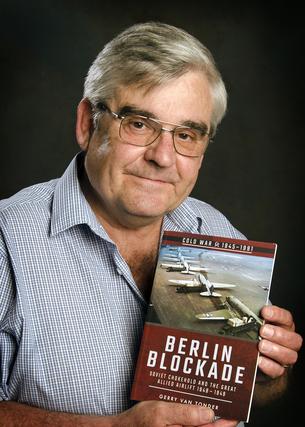 China. 1949: two vast armies prepare for a final showdown that will decide Asia’s future. One is led by Mao Tse-tung and his military strategists Zhou Enlai and Zhu De. Hardened by years of guerrilla warfare, armed and trained by the Soviets, and determined to emerge victorious, the People’s Liberation Army is poised to strike from its Manchurian stronghold. Opposing them are the teetering divisions of the Kuomintang, the KMT. 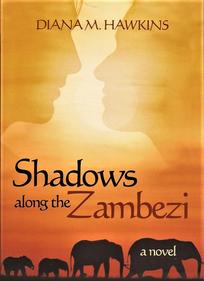 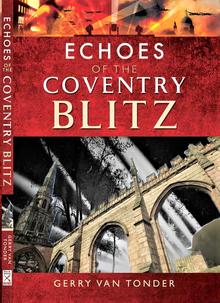 With a pathological hatred of the other’s ideology that had spawned total mistrust, the paucity of belief in a non-aggression pact between Adolf Hitler and Joseph Stalin in a short space of time catapulted the two nations into a bitter conflagration of Biblical proportions. (link)

Released May 2017. Available from Pen and Sword Books: https://www.pen-and-sword.co.uk/Berlin-Blockade-Paperback/p/13310 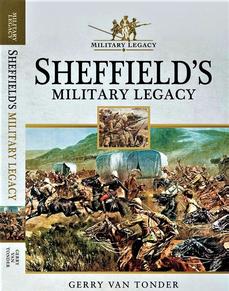 Born in the then Rhodesia, Diana grew up on a tobacco farm, where her writing ambitions took hold at an early age. After working for six years for the airline, during which time she travelled extensively, Diana married an American and settled in the USA. Here she pursued journalism before working for twelve years with the US Fish and Wildlife Service. In 2005 Diana decided to follow her two main passions in life: writing and wildlife.

Detailed accounts and maps of local and foreign conflicts in which Sheffield’s citizens in uniform participated.      Selected honours and awards, together with citations for bravery. Biographies of military personnel. A look at memorials and buildings – silent symbols and custodians of Sheffield’s proud military history.

Released by Pen and Sword Books in November 2017. https://www.pen-and-sword.co.uk/Sheffields-Military-Legacy-Paperback/p/14197

Over the years, much has been written about individuals and the forces and their operations in what became commonly known as South Africa’s Border War, or Grens Oorlog, but never before has the human spirit of this 23-year-old conflict been so graphically and unashamedly captured and chronicled as in this book.  Equally unique, was the exclusive use of social media to invite and encourage individuals to tell their personal stories, without apology or recrimination, and so provide an indelible oral history of the war. 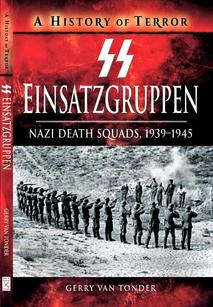 Revealing accounts of preparation, mobilization and engagement from hitherto Top Secret War Office and United Nations documents. Anecdotal first-hand experiences from the first in the field deployed to save the south from the North Korean onslaught. South Korea, the West and the UN caught totally unawares as North Korean forces swept across the 38th Parallel in a blitzkrieg-style invasion of the south. The is the first of six volumes on the Korean War.

Released by Pen and Sword Books in February 2018.​  https://www.pen-and-sword.co.uk/North-Korea-Invades-the-South-Paperback/p/14524

Mansfield Through Time offers a cameo glimpse of a town whose character and identity has, over the last few hundred years, been moulded, modified and tempered by coal mining and the Industrial Revolution. This ancient market town evolved into Nottinghamshire’s second largest town, a strategic trading hub from which roads radiate to all cardinal points. 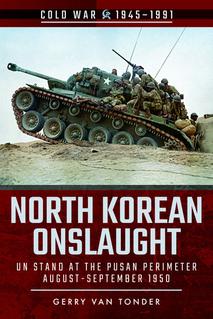 Since coming to the UK in 1999, I have conducted Intensive research and image sourcing for the contract production of more than twenty non-fiction titles for Pen and Sword Military Books (UK), Amberley Publishing (UK) and 30 Degrees Publishing (South Africa).

As a spin-off of my writing, I have conducted scores of paid research projects across the globe on behalf of historians, authors, investigative researchers, military associations, custodians of rolls of honour and memorials (e.g. Bomber Command, UK), individuals trying to acquire British citizenship and family members of past military personnel.  If there is something you would like me to research for you, just drop me a line to chat about it and to get a quote. See my Research page.

I also know how difficult it can be to source top-quality graphic images for my books. That was until I teamed up with good friend and fellow historian, Colonel Dudley Wall, as my only source for all my graphic military material. We would like to offer this service to you; the Graphic Services page has several examples of the types of work we're able to offer.

Finally, I would like to offer my website as a place where your book can be promoted. We will need a high-res image of the book cover and a 100-word blurb on the book. Preference will be given to books about Rhodesia and Zimbabwe. We reserve the right to decide on what we insert. All that it will cost you is a copy of your book for a full review and for my library!

Enjoy your visit and please contact me if you have anything specific in mind. I will endeavour to assist where I am able.