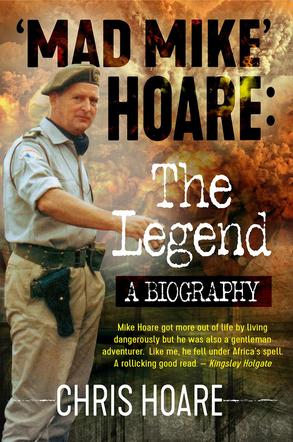 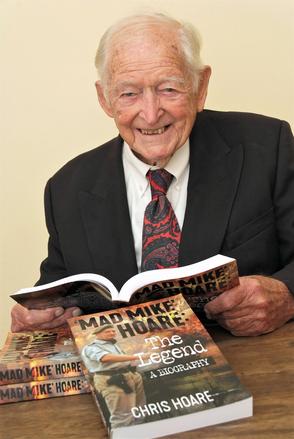 For the first time, a biography on the legendary ‘Mad Mike’ Hoare has been published. The book was written by his son, Chris Hoare, a journalist, who had unique access to his father’s life story and consequently was able to separate the man from the myth.

The book is titled ‘Mad Mike’ Hoare: The Legend. It is expected to be in British bookshops from early February 2019.
In 1964/5 Colonel Mike Hoare led 300 ‘Wild Geese’ across the Congo to crush a communist rebellion, rescue 2000 nuns and priests from barbarity, beat Che Guevara … and become a legend.

Of Irish blood, Mike was schooled in England and, during World War 2, was the ‘best bloody soldier in the British Army’. He demobbed as major, qualified in London as a chartered accountant and emigrated to South Africa. Going rogue, he started living dangerously to get more out of life, including trans-Africa motorbike trips, blue-water sailing, exploring remote areas, and leading safaris in the Kalahari Desert. Here Mike got to know the CIA agent who was to change his life … and Nelson Mandela’s. Later Mike was technical adviser to the film The Wild Geese, which starred Richard Burton playing the Mike Hoare character.

In 1981 Mike led 50 ‘Frothblowers’ in a bid to depose the socialist government of the Seychelles. Things went wrong and soon Mike was to spend three years in jail for hijacking a Boeing 707.

Says Chris, “My father, who will turn 100 in March, was essentially a gentleman adventurer, probably the last of that breed. I like to think he was an officer and a gentleman with a bit of pirate thrown in.”

Available in the UK, either from their stores or online:

​
A masterfully written life story of a quintessential officer and a gentleman with an insatiable thirst for adventure and challenge in post-war Africa. From solo expeditions by motor cycle and Land Rover, to combat in the war-torn former Belgian Congo, the life of the legend that is ‘Mad Mike’ Hoare is liberally interwoven with a rich plethora of personal and honest anecdotes from the man himself. Imbued with a panoply of remarkable photographs, this book, from cover to cover, makes for compulsive reading.