Chapters are also dedicated to those who received honours and awards for bravery and dedication to duty, with citations where it has been possible to source. Nominal rolls, some incomplete, of Commanding Officers, officers and senior non-commissioned officers add to the overall remembrance theme of the book. The main content is the various Rolls of Honour, covering all the major conflicts and areas of operation in which the two units saw active service. Differing from the standard cold lists of names and numbers, where possible, the rolls carry more information about causes of death and places of final burial, important aspects of personalising individual entries. The book will therefore itself be a memorial record for generations to come.

The Rhodesian African Rifles Association (UK) has made the decision to erect a memorial to the RNR and RAR at the National Memorial Arboretum near Alrewas in England, already the home to a fine memorial to the British South Africa Police. The NMA Trustees have approved, in principle, the proposed memorial. In April 2012, a tree-planting ceremony was held on the grounds of the 150-acre NMA to commemorate these two regiments. A plaque next to the tree honours those of the RNR and RAR who served Crown and country (see picture below).

In May 2012, Brig Dave Heppenstall, former Commanding Officer of 1st Battalion RAR, approached me to see if I would ‘author’ a Book of Remembrance which will not only primarily be used as an important fund-raiser for the NMA memorial, but will be deposited in the NMA Chapel as part of our sacred duty to those of the RNR and RAR who paid the ultimate sacrifice for their country and for mankind. Having recently published with Adrian Haggett the Combined Rhodesian Forces Roll of Honour 1966-1981, much of the important elements were in place, so I accepted the honour and privilege to help preserve the memory of those brave men of the Rhodesia Native Regiment and Rhodesian African Rifles.

Over the years since 1980 when Rhodesia became Zimbabwe, much has been written and recorded about the various regiments that served the country of Rhodesia from the early pioneers in the 1890s, right through to the day that these fine units marched off their respective parade grounds for the last time and into the august annals of history.

Much of this service for the older regiments, such as the Rhodesia Regiment, the British South Africa Police, the Rhodesia Native Regiment and the Rhodesian African Rifles, was as a contribution to the British Empire’s war efforts during the South African War, both World Wars, and other regional conflicts of the 1950s and 1960s.

This Book of Remembrance, however, has been specifically compiled as a lasting tribute to the men of the Rhodesia Native Regiment (RNR) and its successor the Rhodesian African Rifles (RAR) who, during the proud and honourable life of these units, made the ultimate sacrifice. It is not a definitive history of these regiments, as this has been admirably done in books such as Masodja and Ragtime Soldiers, to mention just a couple. Accordingly, the book briefly looks at the history of each of the regiments and their battalions, with pictorial depictions of uniforms, badges, theatres of operation and colours. ​ 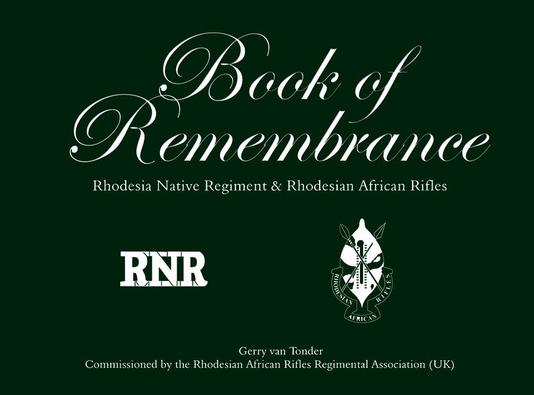 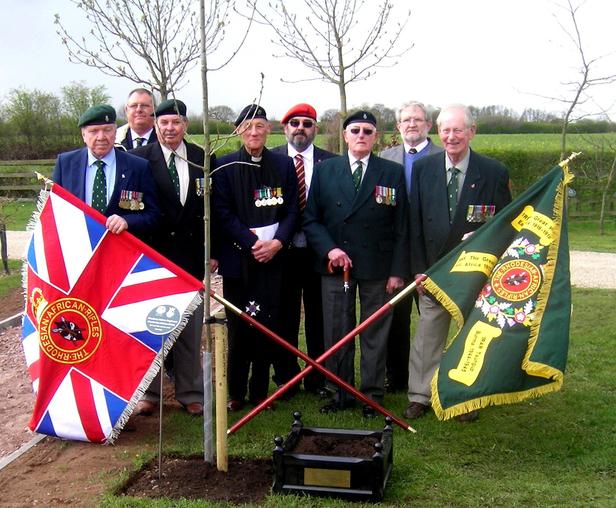