Born in the then Rhodesia, Diana grew up on a tobacco farm, where her writing ambitions took hold at an early age. After working for six years for the airline, during which time she travelled extensively, Diana married an American and settled in the USA. Here she pursued journalism before working for twelve years with the US Fish and Wildlife Service. In 2005 Diana decided to follow her two main passions in life: writing and wildlife.
Following ‘Lumpy the Elephant’ and ‘Mom’s Cat Stories’, Diana published her first two novels, both involving elephant conservation and poaching in the Zambezi Valley: ‘Shadows Along the Zambezi (2012) and its ‘Shadows Over an African Heart’ (2018).

‘Shadows Along the Zambezi’

Commercial farmer turned environmentalist, Pieter van Rooyen, whose family had been brutally murdered and his farm seized during Zimbabwe's violent land-distribution scheme, joins forces with Jessica Brennan, an American wildlife biologist, to protect Zimbabwe's most threatened treasures, the elephant. While conducting a scientific study in the eastern Zambezi Valley, Jessica witnesses many of the daily threats facing the elephant, including habitat encroachment, floods, droughts, government mismanagement of wildlife areas, and slaughter by illegal ivory hunters.

A gripping tale of kidnappings, murders, corruption and international intrigue, underpinned by the healing of mutual love.

‘Shadows Over an African Heart’

In the sequel to ‘Shadows Along the Zambezi’, the story continues as Zimbabwe Parks and Wildlife superintendent, Hector Kaminjolo, his rangers and environmentalists Piet and Jessica van Rooyen, combine their energies to fight the cruel human practices facing the nation’s elephant: slaughter and poisoning for their ivory, and the export of young calves to zoos in China.

An eminently readable—and wholly plausible—narrative of a struggle for justice where greed and corruption fuel the wheels of the illegal global trade in ivory. Their lives fraught with danger from poachers and crooked government officials, the van Rooyens face seemingly impossible odds.

Diana’s books are available from Amazon: www.amazon.co.uk
Her website address is www.dmhawkins.net 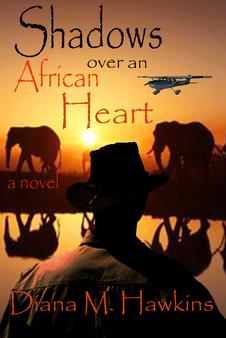 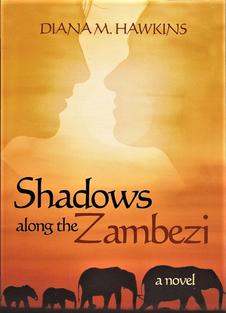