Upon the return of Spreckley’s column to Bulawayo on 23 June 1896, they heard that a rebellion had also broken out in Mashonaland, and that many settlers in outlying areas had been brutally murdered. A column under Colonel Beal had already left for Salisbury, and on 25 June, sixty mounted men of Grey’s Scouts and Gifford’s Horse, under the command of Captain C. White, also left Bulawayo to assist in quelling the rebellion in Mashonaland.

The Mazoe Patrol with civilians from Alice Mine

On 18 June, Mr Salthouse, Manager of the Alice Mine in the Mazoe Valley, gathered twelve neighbours and attempted to flee to Salisbury, some thirty miles away. Sadly, the attempt was aborted when their ox-waggon and donkey cart were ambushed and three members of their party killed. The small group returned to Alice Mine where they laagered themselves in as best they could. Two of the men, Blakiston and Routledge, both telegraph operators, rode to the telegraph office and managed to send an urgent message through to Salisbury. Tragically, both were shot and killed by the rebels before they were able to reach the safety of the mine.

Responding to the plight of the beleaguered settlers, Captain (later Inspector) Randolph Cosby Nesbitt, together with twelve men of the Mashonaland Mounted Police, left Salisbury at 1030pm on 19 June, with the sole objective of rescuing those trapped in the Mazoe Valley. At first light the next morning, after having been ambushed as they entered the valley, Nesbitt and his men arrived at the Alice Mine laager. A combined decision was immediately made to “bullet-proof” the coach with iron sheets and return to Salisbury without further delay.

At about noon on the same day, the small party of twelve mounted men and eighteen dismounted men and three women set off on their hazardous trip. After only a mile, the advanced guard came under attack, which was successfully beaten off, only to be followed by sustained and heavy enemy fire as the party passed through Vesuvius Camp. McGeer and Jacobs were both killed during this engagement. As the battered group neared the Salvation Army Farm, they were attacked from thick undergrowth on the sides of the track, resulting in Trooper van Staden being killed, and a Mr Burton and Trooper Hendricks seriously wounded. The rebels continue to dog and harass the fugitives for over four miles. It took them a painful three and a half hours to fight their way along this short stretch. As they approached the more open country near Mount Hampden, the rebels eventually broke off their pursuit.

Salisbury laager during the Mashona Rebellion of 1896

Nesbitt and the survivors of the rescue mission arrived in Salisbury at 0930 pm on the night of 20 June. It was time to take stock of the events of the previous 24 hours, and to count the cost. Nesbitt reported that there must have been 1500 rebels trying to eradicate the small group of settlers and mounted police. Eight men had perished and there were eleven survivors, many wounded. They returned with only three of the original eighteen horses with which they had originally set out.

History would remember the bravery of Nesbitt and his men. We know it simply as the Mazoe Patrol.

“But should this territory be converted into a Crown Colony and governed from Downing Street on hard-and-fast lines, some of them not applicable at all to local requirements…nothing but disaster is to be expected.” 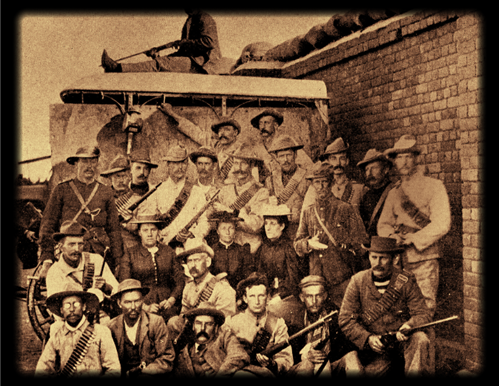 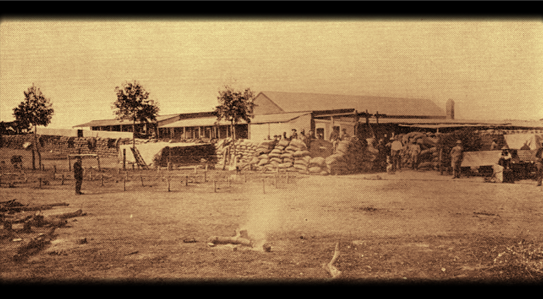