During the Bush War, many of us had the privilege to work with some of the most loyal and brave troops in our regular army; the men of the Sweet Banana, the Rhodesian African Rifles. Acts of gallantry are legend in the Regiment. As the Rhodesia Native Regiment, their performance in the field in East Africa rapidly silenced the sceptics who questioned the ability of black Rhodesians to endure the rigours and dangers of a major conflict.

In the jungles of South East Asia, in an environment totally alien to their own, they continued to develop and excel as courageous and zealous guardians of a Regiment’s pride. In the 1950s, men of the 1st Battalion the Rhodesian African Rifles again found themselves thousands of miles away from their native continent, in a conflict labelled the British as Malayan Emergency, and disparagingly by the Chinese-backed guerrillas as the War of the Running Dogs. These are three of these men and the individual citations for the award of the Military Medal that each one of them earned:

“Platoon Warrant Officer ALEXANDER was leading a patrol in the Labis District of Johore on the 19th of June 1957. At 6pm his leading scout saw some smoke rising from the jungle edge about four hundred yards north of their position. Realising that the ground to be covered offered very little concealment, Platoon Warrant Officer Alexander ordered his patrol to crawl through the long grass, a distance of two hundred and fifty yards, to a stream where they waited until nightfall. He could then see a fire burning about fifty yards into the jungle – and saw three armed Communist Terrorists standing around the fire. Again he waited, as the noticed the approach of a heavy storm. When it was raining heavily, Platoon Warrant Officer Alexander, with one other soldier, then began to stalk the terrorists. With one of the most daring and skilful acts of fieldcraft imaginable, he crawled towards them. During his approach he had to crawl over the branches of a fallen tree and was often not in position to use his weapon, had he been seen by the enemy. With complete disregard for his personal safety he managed to get within five yards of the terrorists and, signalling to his companion, they fired at the two who were holding their weapons, killing them instantly. The third terrorist, who was wounded, crawled away in the dark and although he twice fired at Platoon Warrant Officer Alexander, he crawled after him and again managed to wound him. In the morning the third terrorist was found and killed. This Warrant officer’s leadership, resourcefulness, skill and personal courage, were entirkley responsible for the success of this action and his disregard for personal safety has been an inspiration to the rest of the Battalion.”

“On the 8th june 1957 Platoon Warrant Officer PISAYI was commanding his platoon on patrol in the Bekok area of Johore, Malaya. After one of the sections had contacted five armed Communist Terrorists, one of whom was killed, Sergeant Major Pisayi led three other members of the Platoon Headquarters towards the scene of the action and saw the enemy crossing his front. Having been informed of the importance of capturing a Communist Terrorist in this area, Sergeant Major Pisayi chased and captured first one terrorist whom he handed over to another member of his patrol and then chased and captured another. During this time he was repeatedly under fire at shorty range from two terrorists who had automatic weapons, and also from the men whom he actually captured. The second terrorist being captured only after he had expended the ammunition in his pistol, but even he was still armed with a grenade. The capture of these Communist Terrorists by this courageous Warrant Officer is of extreme importance to future operations against the enemy in the area.”

“Corporal LENGU has shown exceptional keenness, efficiency and offensive spirit in operations against the Communist Terrorists in the period covered by this report (January to May 1957). He has always proved himself to be a courageous and resourceful NCO, always willing to undertake the most hazardous of operations. On the 16th May 1957, in the Segamat District of Johore, Corporal Lengu was in charge of a patrol. His leading scout stopped, indicating that he had heard voices ahead. Corporal Lengu ordered the patrol to halt whilst he went forward to reconnoitre. He crept forward silently until he came to a small clearing where he saw four armed Communist Terrorists. These terrorists were obviously suspicious and on the alert with their weapons at the ready. Realising that there was no time to call up the rest of the patrol, and make an organised assault, Corporal Lengu decided to attack them himself. To make his attack he would have to cross the clearing in full view of the terrorists at a range of about ten yards. With complete disregard for his own safety and fully realising that he could expect no help from the members of his patrol who were some distance behind, Corporal Lengu charged straight at the Communist Terrorists. As soon as they heard the sound of his assault two of the terrorists took cover at the jungle edge to cover the retreat of the remaining two who turned to engage Corporal Lengu with rifle fire. The suddenness and speed of Corporal Lengu’s assault so disrupted the terrorists that they were unable to return his fire and he killed the two in the clearing. The two remaining terrorists, seeing the deaths of their comrades, turned and ran, pursued by Corporal Lengu. He followed them for some distance, but lost their tracks and was forced to return to the clearing where he collected the rest of his patrol. This extremely brave, gallant and single-handed action by Corporal Lengu against four armed Communist Terrorists is an example of personal bravery which has inspired the rest of the Battalion.” 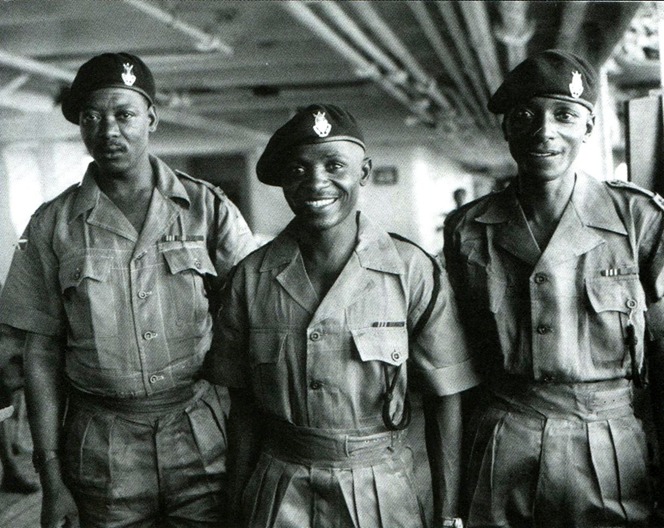 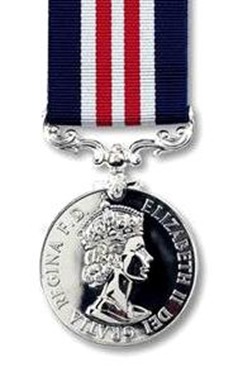 On 14 July 1957, Lt Colonel John Anderson, Commanding Officer 1st Battalion, The Rhodesian African Rifles, was recommended to be appointed an Officer of the Most Excellent Order of the British Empire, OBE, for outstanding service during the campaign in Malaya from June 1956 to June 1957. The award was gazetted on 20 December 1957.

“During the year that the 1st Bn The Rhodesian African Rifles have been in Malaya Lt Col ANDERSON has commanded his Battalion with outstanding ability. The Battalion came inexperienced to operations against Communist Terrorists but very soon the Battalion showed the results of careful training and spirited direction by the Commanding Officer.

Because of their flair for tracking and silent movement the Battalion had been to a great extent employed in the deep jungle where their natural ability has been made full use of. Whilst the Communist Terrorists avoid security forces it becomes increasingly difficult to gain many successes against them in the deep jungle.

Intensive patrolling carried out for long periods without any contact with the Communist Terrorists has been maintained relentlessly. Lacking contacts to sharpen their keenness and efficiency it might be expected that frustration would tend to cause morale to drop in the Battalion. This has been very far from the case. Inspired by Lt Col ANDERSON’s confidence in his men to prove their worth in action against the enemy and with his enthusiasm and rive, morale has risen steadily. Eventually after much patient work in the deep jungle excellent successes were gained which displayed the Battalion’s great dash and eagerness to close with the enemy. The Commanding Officer himself has taken part in many reconnaissances in the search for Communist Terrorists. Imbued with the determination to eliminate the enemy the Battalion has followed his lead magnificently. When the situation at last allowed the Battalion to operate in the area they know best they have had two recent and highly successful actions. Great courage, determination and outstanding skill in minor tactics and field craft were shown.

Morale in the Battalion could not be higher. The keenness and enthusiasm of all ranks is exhilarating. Lt Col ANDERSON has proved himself an outstanding and courageous Commander whose personality is truly reflected in his Battalion. He is the ideal Commander of the 1st Bn The Rhodesian African Rifles and the leadership he has given has firmly established their reputation as a most successful operational Battalion in Malaya.” 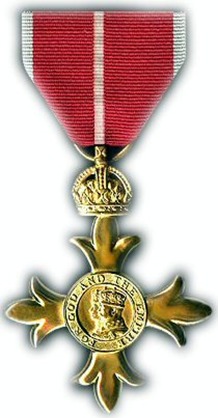 The 23 May 1958 edition of the London Gazette listed the appointment of Major Christopher Bernard McCullagh, 1st Battalion, the Rhodesian African Rifles, to be a Member of the Most Excellent Order of the British Empire (Military Division), MBE. The entry reads:

“The QUEEN has been graciously pleased to give orders for the following promotions in, and appointments to, the Most Excellent Order of the British Empire, in recognition of distinguished service in Malaya for the period 31st August to 31st December, 1957: To be Additional Members of the Military Division of the said Most Excellent Order:”

“Since April 1956 Major McCULLAGH has displayed a standard of devotion to duty, personal courage, determination and zeal far in excess of that demanded in the normal course of duty. His skill in operations coupled with his boundless energy and determination to seek out and kill the enemy have been a byword throughout the Battalion. This officer’s personal contribution to the Unit’s effort against the enemy has been outstanding, and without question has been a most significant factor in achieving the successes so arduously secured.

His personal leadership and constant concern and endeavours on behalf of his men has been most marked throughout his long period in the jungle. He has set an example of devotion to duty of the highest order and has richly earned the superb reputation he now enjoys within the unit as a company commander of outstanding merit. He has been recently appointed Second-in-Command of the Battalion. His zeal, his cheerful unbounded enthusiasm together with his flare (sic) for sound administration has been thrown whole-heartedly into his new job.

The extremely high standard of maintenance and morale within the regiment is very largely due to Major McCullagh’s unfailing devotion to unselfish duty. This officer’s service in Malaya has been of such a high quality that it richly deserves recognition of a very high order.”