A plaque on a tree at Mapai, Mozambique, commemorates the life of one of 17 who were killed when their Puma helicopter was shot down in that country in September 1979. Trooper Enslin was one of nine from the Rhodesian Light Infantry, five from the Rhodesian Corps of Engineers, and the three air crew of the South African Air Force.  (Photo courtesy of Neill Jackson)

Names of our African comrades in arms were horribly mutilated, showing a gross misunderstanding by so many of the culture and tradition of Rhodesia's black folk. My Intaf experience helped considerably. There were countless entries where only a first name was given, eg Private Dick, or Corporal George, or Sergeant Thomas. What a travesty. These men all had family names, often using their mutupo or isibongo, chiShona and isiNdebele respectively for their totem as their 'surnames'.

This publication represents a complete break away from the traditional roll of honour which I refer to as a telephone book - a cold list of numbers and names. Our objective was to personalise the now 2,500 entries of the roll of honour. A monumental task, often testing our own emotions as family members open up and relive the lives of loved ones killed during the Bush War. But for me, the tears dried and a deep sense of achievement followed, knowing we have bestowed the ultimate honour on our war dead.

The project remains active. Since publication, the volume of data has doubled as fresh information continuously comes to hand.

Using an original roll of honour drawn up by Dr Richard Wood, ex-Rhodesian Adrian Haggett who currently lives in Botswana, started a data base to see if he could expand on this roll, adding essential missing information such as service numbers, place of death, personal information, etc. I first got to learn about this when, in early 2010, I received on of those 'calling all stations' e-mails asking for contributions to Adrian's data base.

I looked at the attached file and immediately asked Adrian if I could help, as I could contribute a great deal. My initial contribution was to add information about Rifleman Ken Pittaway of  'H' Company 1st Battalion, The Rhodesia Regiment, who was sadly killed in May 1977 in a contact which also almost cost the life of my brother Jo'. My library of Rhodesian militaria proved an enormous source of information. So began my passion for what I do when I am at home - hours spent on my desk top, researching and writing up my finds. After an exhausting period of months burning the midnight oil, Chris Cocks at 30 Degrees South published my first book.

What was astonishing during our research, was the absolutely enormous number of errors and inaccuracies I discovered in Richard Wood's original roll, including a Bronze Cross of Rhodesia recipient who in fact was alive and well and living in Bulawayo! 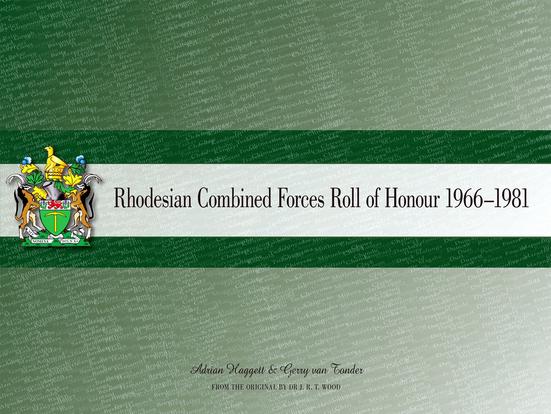 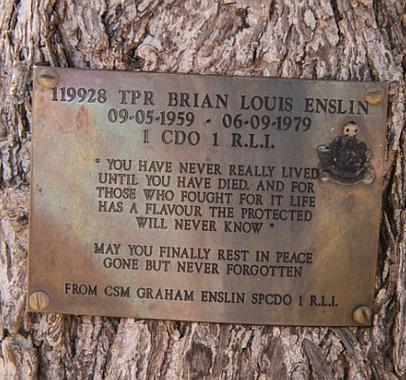