Johnson left the country in disgust. Johnson again took up his military career in 1897, when he was appointed Chief Staff Officer of the Bechuanaland Filed Force during the Langberg Rebellion. He then became involved in business projects in Burma and Egypt, at the same time retaining his interests in Rhodesia through the Mashonaland Gold Mining Company. By the outbreak of World War I, Johnson was Chairman of seventeen companies, many of them mining concerns. He also created the Rhodesia Cold Storage Company, a meat production business with rights to a two million acre ranch in Western Australia.

Despite initial resistance, Johnson became Commanding Officer of the newly-formed 2/6th (Cyclist) Battalion, Royal Sussex Regiment. Initially, his primary function was to oversee coastal defences along the Suffolk coast of England, before the unit was posted to the North West Frontier in India. During this service, Johnson acquitted himself well in Lahore during a local insurrection. The London Gazette of 3 June 1918 listed recognition of his conduct in India:

“His Majesty the KING, has been graciously pleased, on the occasion of His Majesty's Birthday, to approve of the undermentioned rewards for distinguished services rendered in connection with Military Operations on the -Indian Frontier. AWARDED THE DISTINGUISHED SERVICE ORDER (DSO) Lt.-Col. Frank William Frederick Johnson, R. Suss. R.”

In 1887 Johnson, with new business venture partners Maurice Heany and Henry Borrow, formed the Northern Gold Fields Exploration Syndicate, gaining concessions from Chief Khama in Bechuanaland. The syndicate had an unsuccessful attempt at persuading Lobengula to grant a similar concession for prospecting rights in Matabeleland. Shortly thereafter, Johnson became the manager of the newly-floated Bechuanaland Exploration Company Limited, with Lord Gifford as Chairman and George Cawson as director. These two individuals had set up their own exploration company, claiming a concession from Lobengula. Rhodes would pay a heavy price for ownership of this claimed concession, by offering Gifford and Cawson twenty-five per cent of the shares in the Chartered Company. This great increase in wealth allowed them to effectively get rid of Johnson from his own company, something which so disgusted Johnson, that he rejected Rhodes’ request that he lead the Pioneer Column. Explaining to Rhodes that the presence of Gifford and Cawson on the BSACo board made it impossible for him accept leadership of the column, a disgruntled Johnson left for Cape Town.

In 1927, Johnson returned to Rhodesia where he was elected Member of the Legislative Assemble for Salisbury South constituency. Finding himself at odds with the policies of the first Prime Minister of Rhodesia, Charles Coghlan, Johnson formed a small opposition party. Before the outbreak of World war II, Johnson went back to England, and in 1940 settled in Jersey in the Channel Islands. He managed to leave the islands before German occupation.

In the London Gazette of 1 January 1941 Johnson was awarded the KBE:

“CENTRAL CHANCERY OF THE ORDERS OF KNIGHTHOOD. St. James's Palace, S.W.I, 1st January, 1941. The KING has been graciously pleased to give orders for the following promotions in, and appointments to, the Most Excellent Order of the British Empire: To be Knights Commander of the Civil Division of the said Most Excellent Order: Lieutenant-Colonel Frank William Frederick Johnson, D.S.O., A pioneer of Southern Rhodesia. For public services to the Colony.”

In December 1889, after a chance meeting with Cecil Rhodes in Cape Town, Johnson was prevailed upon by the persuasive Rhodes to reconsider leading the column. After two hours of wrangling, Johnson, now General Manager of a mining syndicate, relented, and was awarded the contract to organise, equip and lead a pioneer corps into Mashonaland. Upon the successful establishment of a colony at Fort Salisbury, Johnson, Heany and Borrow busied themselves with land and mining development, ventures which attracted capital investment from Rhodes.

Johnson went on to exploit quicker routes to Mashonaland, essential if the new settlement was to prosper and grow. Believing that Portuguese East Africa provided a far more practical transport avenue for supplies into Mashonaland, Johnson undertook an exploratory trip by boat down the Pungwe River By the latter half of 1893, Dr Jameson’s plans to invade Matabeleland were at an advanced stage. With seven hundred men at his disposal, Jameson looked to Johnson, the senior military officer in the country, to command the expedition. There was, however, a major disagreement between the two headstrong characters over the use of wagons in the force. Johnson favoured a rapid advance into Matabeleland, believing that Jameson’s insistence on deploying with a large number of wagons will make for ponderous progress. There was no common ground, so Jameson, in the words of Tyndale-Biscoe,

“…asked Johnson to make himself scarce”.

​On the evening Wednesday 1 January 1890, in the Cape Town offices of the Commissioner of Crown lands and Public Works, James Sivewright, Cecil Rhodes signed a contract with a 23-year old Frank Johnson to head a pioneer expedition into Mashonaland. On 12 September that year, Johnson fulfilled his side of the agreement, as he headed a column around the south end of Harare Kopje and established Fort Salisbury near the Makabusi River. After giving orders for a parade to be held the next day to celebrate Mashonaland becoming part of the British Empire, Johnson rode off to Hartley Hills in his on-going quest for gold. He would not be present at the official flag-raising proceedings on 13 September 1890.

But who was this Rhodesian pioneer, Major Frank Johnson, his name well known to all Rhodesians?

Frank William Frederick Johnson was born in Watlington in Norfolk England, on 21 June 1866. After attending King Edward VII Grammar School in King’s Lynn, home town of renowned artist and explorer Thomas Baines, at the age of sixteen, Johnson sailed to the Cape in South Africa. With only five pounds to his name, the young Johnson worked for the Table Bay Harbour Board and Cape Town Fire Brigade before enlisting with the 2nd Mounted Rifles, commonly referred to as Carrington’s Horse. He was promoted to Quartermaster-Sergeant of the unit, which formed part of the Warren Expedition to Bechuanaland in 1884. This campaign would see the emergence of the British Protectorate of Bechuanaland, with Johnson transferring to the Bechuanaland Border Police in September 1885. Based at Vryburg where he was in charge of transport and supplies, Johnson gained considerable experience which would stand him in good stead for future expeditions. ​ 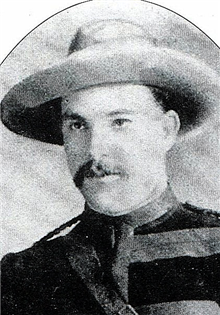 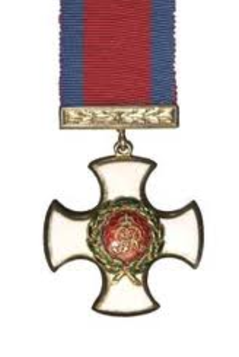 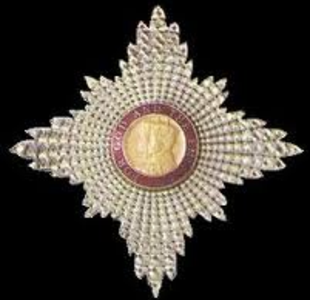