With a pathological hatred of the other’s ideology that had spawned total mistrust, the paucity of belief in a non-aggression pact between Adolf Hitler and Joseph Stalin in a short space of time catapulted the two nations into a bitter conflagration of Biblical proportions. As Montgomery struggled to shake the sand of the Normandy beaches off his boots, followed by major setbacks in the Ardennes and at Arnhem, the Red Army brutally wiped out the Fuhrer’s seat of power.

Allied agreements entered into at Teheran, Yalta and Potsdam for the carving up of post-war Berlin now meant nothing to the Soviet conquerors. Their victory cost millions of Russian lives – troops and civilians – so the hammer and sickle hoisted atop the Reichstag was more a claim to ownership than success.

Moscow’s agenda was clear and simple: the Western Allies had to leave Berlin peacefully or by escalating pressure. The blockade ensued as the Russians orchestrated a determined programme of harassment, intimidation, flexing of muscle, and Socialist propaganda to force the Allies out.

Britain and America would not be cowed. History’s largest airborne relief programme was introduced to save the beleaguered city. Truman had already used the atomic weapon with unprecedented results, while Stalin amassed enormous armies east of the Iron Curtain. In a war of attrition, diplomatic bluff and backstabbing, and mobilising of forces, the West braced itself for a third world war.This account is drawn entirely from the British press of the day. 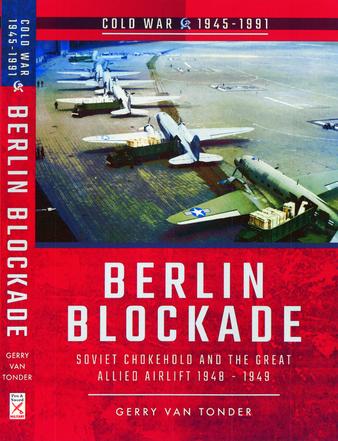