Straddling the Derwent River, the cathedral city of Derby, its foundations in the Roman occupation of Britain, can directly attribute its contemporary status to the Industrial Revolution.

Spinning mills proliferated from the 18th Century, initially relying on waterpower to produce 100 percent British cotton cloth. Victorian ingenuity and innovation became synonymous with the rapid industrial and commercial expansion that ensued – Arkwright and Pickford became household names. Derby quickly evolved into a transport and ancillary manufacturing hub in the Midlands, becoming a centre for the British rail industry and the assembly of the iconic Rolls Royce luxury motor car.

The subsequent development of the Rolls Royce Merlin aircraft engine, which powered the WWII Spitfires and Hawker Hurricanes, launched the company’s proud status to what it is today: the world’s second largest manufacturer of jet engines and, together with the Toyota car assembly plant, the biggest employer in Derby.

This book reveals the rich and diverse history that is reflected in Derby’s architecture as, through successive decades of growth, its character, built of brick and stone, underwent varying nuances of transformation. Sprinkled within this panorama, however, are the symbols of a modern city: ultra-modern structures, thought by some to be the antithesis of Derby’s true architectural heritage. 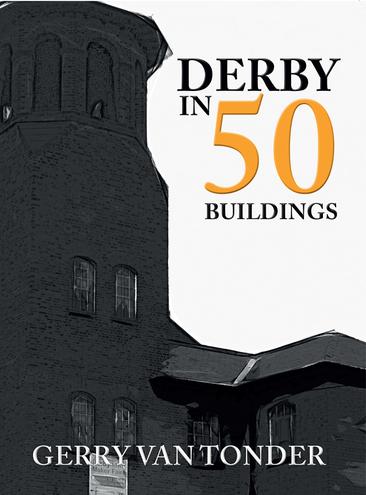