Napier served during the full duration of the events leading to the subjugation of Lobengula, including the ill-fated expedition under Maj Patrick Forbes to find Lobengula. When Wilson finds Lobengula’s retreating wagon, it is Napier who he asks to shout out instructions in Zulu at the king’s camp. A short while later, Wilson, realising they are facing overwhelming enemy numbers, decides to send for help (especially Maxims) from Forbes’ main column. Wilson nominates Bob Bain, a Canadian-born scout. Captain Napier volunteers and picks a Trooper Jack Robertson as the third member of the party, as they head into a dark, cold and rain-drenched night. They only just manage to cross the rapidly-rising flood waters of the Shangani, only to find Forbes recalcitrant and totally unwilling to release a single Maxim or a large enough force to go to Wilson’s aid.

Early December 1893 – having left Wilson and his men to their fate, Forbes withdraws to Bulawayo, a very difficult and grueling journey, the exhausted men having to rely on wild roots and horseflesh to stave off death through starvation. Burnham reports Napier as being ill with blackwater fever and Raaff assumes leadership.

Late December 1893 – shortly after the conclusion of the court of enquiry into the Wilson disaster, Captain Napier, the late Wilson’s second-in-command, is given the duty of mustering theremaining officers and men of the Victoria Column, issuing each with a certificate entitling them to 6,000 acres of land, 20 mineral claims, and a share of Lobengula’s cattle. Surviving next of kin of those who perished, were also sent such certificates. The valuable certificates became mediums of exchange, for goods, cash, and farm and mineral right trading.

27 December 1893 – the Salisbury and Victoria columns leave Bulawayo to return home. (Note: three years later, at the start of the Matabele rebellion, Napier is recorded as having a property outside Bulawayo and an office in the town itself. It may be fair to assume that Napier therefore stayed behind in Bulawayo. Either that, or he returned not long after the columns had left).

November 1894 – The Rhodesia Horse Volunteers, a force numbering 1,000 men, is placed in readiness for an invasion of the Transvaal, all part of Jameson’s plan to overthrow Kruger’sgovernment in the Transvaal. Commanding Officer Sir John Willoughby, due to join Jameson on the infamous Raid, places Captains Napier and Spreckley in charge of the volunteer force.

29 December 1894 – Jameson sends telegrams to Napier and Spreckley, telling them to call-out the Rhodesia Horse and be ready for immediate deployment.

1895 – in command of the whole of the armed forces in Rhodesia, by this stage with the rank of colonel March 1896 – Colonel Napier referred to by FC Selous as ‘the senior officer of the Rhodesia Horse’ (Volunteers) Late March 1896 – Plumer reports the disbanding of the Rhodesia Horse Volunteers, to be replaced by a force raised in Bulawayo known as the Bulawayo Field Force. Colonel Napier was appointed commandant of the new force which, in Plumer’s words,  included, “…nearly all men capable of bearing arms…for the defence of the town and the country.” Colonel Spreckley was appointed his second-in-command. Other officers included Captain Macfarlane (9th Lnacers), the Hon. Maurice Gifford, Captains Grey, Selous, Mainwaring and Brand.

Circa 25 March 1896 – Napier took 60 men from the Bulawayo lager to the Shangani, 30 miles north east of Bulawayo, and brought back to safety 40 white settlers.

Mid-April 1896, Napier’s homestead at Matsheumhlope, three miles south of the Bulawayo lager, was attacked by a large force of amaNdebele rebels. Selous mentions at this time that Napier had an office in Bulawayo.

20 April 1896 – Napier leads a force of 330 white men and ‘colonial natives’ on a patrol against the rebels in the Umguza area. Their weaponry included a seven-pounder, a Hotchkiss and a Maxim. Appleyard, Gordon, Lovett, Parsons and Whitehouse were all killed during engagements with 200 amaNdebele rebels in the Umguza area, the latter armed with armed with elephant guns, Martinis, Winchesters and Lee-Metfords.

11 May 1896 – the Bulawayo Chronicle reports, “To the martial strains of the town band, the column under Colonel Napier left the citadel, and boldly started forth into the country lately taken from us by the Matabele.” Napier set off with a very strong  column of 613 men, including elements of the Grey’s Scouts, artillery under Tyndale-Biscoe, the Africander Corps, Gifford’s Horse, dismounted troops under Selous, Colonial Boys under Colenbrander, engineers, medical staff, signals officers, transport officers and a quartermaster. Spreckley was second-in-command. The expedition was to clear the way to Shangani  to meet the inbound Salisbury Relief Column, which included Cecil Rhodes.

1896 – in command of the Bulawayo Field Force engaged in suppressing the Matabele Rebellion. Napier was described by his men as a likable man. One of his friends referred to him as; “…not beautiful but has a keen powerful face and reddish moustache". Napier was part of the syndicate that built Hillside Dams, a very popular nature reserve and picnic spot for residents of Bulawayo to this day.

4 July 1896 – the Bulawayo Field Force was ceremoniously disbanded. Addressing the assembled troops, Lord Grey said, “All of you have acquitted yourselves as brave men, and I would particularly commend the conduct of Colonel Napier, who throughout the campaign has performed his very arduous duties so satisfactorily. He has exhibited remarkable tact and judgement, and has freely given great assistance to the government. I regret that he is today retiring from the service, but I hope that he will continue to give us the benefit of his experience.”

1898 – Arthur Keppel-Jones in his book Rhodes and Rhodesia: The White Conquest of Zimbabwe, 1884-1902, mentions Colonel Napier, referring to him as a farmer, in the context of labour contacts in Matabeleland. Keppel-Jones states that Napier only had labour tenants on his estate, a relationship whereby locals would be able to settle on his land, graze their cattle and cultivate the land, in return for giving a number of months’ labour to Napier.

1903 – an Order in Council expanded the Rhodesian Legislative Council to fourteen members, seven to be directly elected, seven nominated by the British South Africa Company, and the Administrator to retain his seat ex officio so as to have a casting vote. New electoral districts were drawn up for the expanded election. The Northern District, returning two members, and the Eastern District, returning one, were carved out of Mashonaland, with the remaining parts merging with part of Matabeleland to form the Midland District (returning one member) and the Western District (returning three). At the polling day on 22 May, 1903, Napier with 786 votes (second highest), was elected one of the three for the Western Constituency. The other two were Herman Heyman and William Haddon. ​ 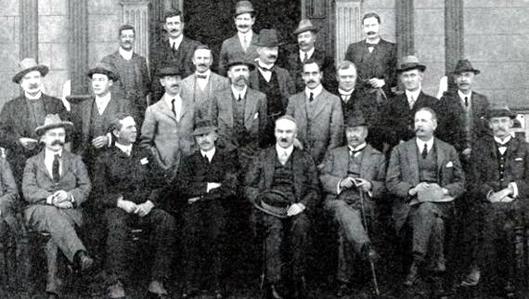 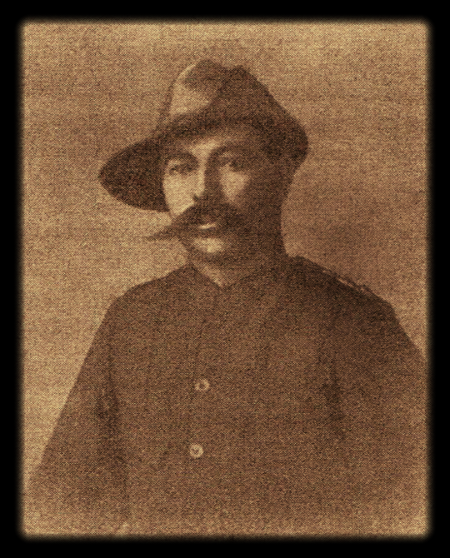 1903 – an Order in Council expanded the Rhodesian Legislative Council to fourteen members, seven to be directly elected, seven nominated by the British South Africa Company, and the Administrator to retain his seat ex officio so as to have a casting vote. New electoral districts were drawn up for the expanded election. The Northern District, returning two members, and the Eastern District, returning one, were carved out of Mashonaland, with the remaining parts merging with part of Matabeleland to form the Midland District (returning one member) and the Western District (returning three). At the polling day on 22 May, 1903, Napier with 786 votes (second highest), was elected one of the three for the Western Constituency. The other two were Herman Heyman and William Haddon. ​

9 January 1920 – died at Lakeside, near Cape Town, Cape Province, South Africa. His body was taken back to Rhodesia for burial on his farm, Duncal. The farm has since been incorporated into the Esiphezini TTL just east of Bulawayo. The site appears on maps as 'a place of historical interest'.

South Africa Company's Medal for Matabeleland 1893, as a captain with the Victoria Column, with ‘Rhodesia 1896’ clasp

In the London Gazette of 9 March 1897, Major-General Sir Frederick Carrington, KCMG, in his report to the War Office, via the South African High Commissioner, Lord Rosmead, expressed his desire to “…recommend to favourable consideration the services of the officers, non-commissioned officers and men, noted in the attached list, for gallantry in action and for meritorious work”. Included in this list, “Colonel Napier, Bulawayo Field Force, (Merchant), commanded the Bulawayo Field Force in early operations, also several patrols, including the column which met that coming from Salisbury (Ed; including Rhodes) to the relief of Bulawayo. Latterly Town Commandant of Bulawayo.

In the London Gazette of 7 May 1897, appointed a Companion of the Most Distinguished Order of St Michael and St George, together with Colonel John Anthony Spreckley (Matabeleland Field Force) and Lieutenant-Colonel Robert Beale (United Gwelo Field Force).

1914 – Napier pictured above, back row fourth from the left, as a member of the Southern Rhodesia Legislative Council: