In 1925, Ze’ev Jabotinsky founded the Revisionist Zionism organization, whose non-religious, right-wing ideology would lead to the formation of the Irgun and, ultimately, of the Likud Party.

Commencing operations in the British Mandate of Palestine in 1931, Irgun adopted a mainly guarding role, while facilitating the ongoing immigration of Jews into Palestine. In 1936, Irgun guerrillas started attacking Arab targets, killing more than 250 by the end of the Second World War. The British White Paper of 1939 rejected the establishment of a Jewish nation, and as a direct consequence, Irgun guerrillas started targeting the British.

The authorities executed captured Irgun operatives found guilty of terrorism, while deporting hundreds to internment camps overseas. As details of Jewish genocide – the Holocaust – emerged, Irgun declared war on the British in Palestine. Acts of infrastructural sabotage gave way to the bombing of buildings and police stations, the worst being the bombing of the King David Hotel in Jerusalem – the hub of British operations and administration – in July 1946, killing ninety-one.

Freedom fighters or terrorists – Irgun was only dissolved when the independent Jewish state of Israel was born on 14 May 1948. This is their story. 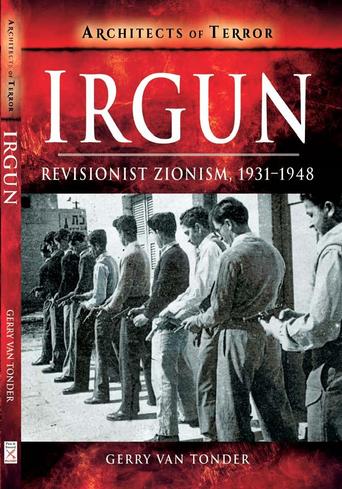