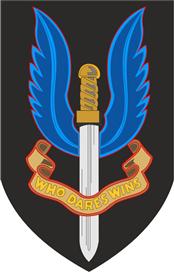 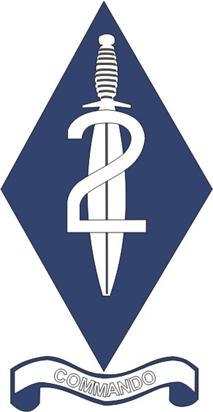 Masoso TTL. The circles on the map indicate air strips.

Being mid-winter in Central Africa, the seasonal rivers and streams throughout much of Rhodesia were dry, sandy and, in many cases, strewn with large boulders. The river banks, however, carry evidence of earlier flooding, deeply eroded in places with tree roots marking the entrances to cave-like cavities in the steep sides of a water course. In the country’s northern border with a belligerent Mozambique and haven to ZANLA, the Masoso TTL straddles the Rushinga and Mt Darwin districts, east of the Mvuradonha. It was in this remote wilderness that Security Forces conducted seek and destroy patrols, with enemy sightings backed up by Fire Force support from a nearby Forward Air Field, in this case Mt Darwin.

On 19 July 1975, two trackers, Rifleman Hennie Potgieter of 2 Commando, the Rhodesian Light Infantry (RLI), and Warrant Officer II Taz Bain of the 2nd Battalion, the Rhodesia Regiment (RR), went ahead of a 2 Commando patrol along a dry riverbed, but progress was tortuous around and over boulders and rocks. Thick bush lined the sides of the riverbed. Unbeknown to them, a gang of ZANLA terrorists were secreted in a cave in the side of the river bank, about a metre above the river bed itself, an ideal position for an ambush. As the unsuspecting soldiers came within ten metres of the terrorist hideout, the terrorists opened fire, seriously wounding both men with multiple gunshots.

Great uncertainty ensued, as their fellow RLI soldiers on the riverbank struggled to see either the two wounded men or where the terrorists were firing from. A K-Car was also unsuccessful in flushing the terrorists out. At this stage, Corporal John Coey, a medic on attachment to the RLI from the Rhodesian Army Medical Corps, reacted to moans coming from the wounded men by jumping into the riverbed. Unfortunately, Coey was not to know that the terrorist position was right there, and as he landed on the soft sand, he was fired upon, sustaining a head wound.

Further sticks from 7 and 10 Troops were deployed as stop groups, while Lieutenant Joe du Plooy, also of 2 Commando, started lobbing grenades into the riverbed to try and get the terrorists to reveal their position. Again failing to solicit any response from below, du Plooy then made the decision to skirmish along the riverbed to where his wounded men lay. As they made their way around some boulders, the Rhodesians again drew fire from the concealed terrorists. Lance Corporal Jannie de Beer fell, a fatal gunshot wound to an iliac artery; du Plooy sustained a graze to his head, and a third Trooper was wounded. Casualties were mounting, but the position of the terrorists or the condition of the three shot men remained unknown. du Plooy, against his wishes, was ordered to be casevaced back to base, Cpl Butch Alexander assuming control of the situation on the ground.

Through that afternoon, sporadic fire between the Rhodesian soldiers and the ZANLA terrorists dwindled, until eventually the enemy stopped firing completely. As the light began to fade, there was still no resolution to the situation and the three stricken men lay unattended in the riverbed. I

n Mt Darwin, Lieutenant Bob MacKenzie of the Special Air Service (SAS) had been monitoring the situation to the north east and, upon realising that the day was ending with the condition of three members of the Security Forces remaining uncertain, made the decision to immediately react by helicopter. Rounding up fellow SAS volunteers in Mt Darwin, MacKenzie also found that two helicopter pilots of No. 7 Squadron, the Rhodesian Air Force, were more than willing to transport his men to the Masoso, fully understanding the hazards that flying Alouette III helicopters at night posed. With no night-flying equipment, a moon that night assisted the pilots with keeping the horizon visible. An hour later the SAS men were at the scene, met by an anxious Corporal Alexander. He confirmed in a quick briefing that the riverbed area was silent, and that the position of their fallen brothers-in-arms was still to be pinpointed, therefore not knowing if they were still alive. It was not known either if the terrorists had moved on as they had not fired their weapons for some time.

With two members of the SAS contingent providing cover with night sights fitted to their rifles, MacKenzie and Alexander crawled to the edge of the riverbank, and in the moonlight finally managed to see the three wounded men lying close to each other on the riverbed. There was no movement from any of them. There was, however, no way of knowing if the terrorists were still in their hideout, so MacKenzie got the RLI troops to lob grenades, including white phosphorus, into the riverbed. This was followed by an extended period of firing into possible terrorists positions, but there was no return fire.

Undaunted, and wishing to end the on-going uncertainty about the fate of the Rhodesian soldiers and the whereabouts of the terrorist stronghold, MacKenzie felt that the only remaining option was to go down into the riverbed. Taking one of his men, armed with an MAG, and Alexander, the latter insisting he go along to see to his fellow troops, MacKenzie stripped off his webbing and, leaving his rifle behind and armed only with a pistol and a grenade, entered the riverbed 150 metres downstream from the possible terrorist position. With nerves at breakpoint, the trio inched their way along, the moonlight providing guiding visibility, but at the same time creating shadows and questionable shapes. Then suddenly, the palpable tension was broken, as the extremely loud clatter of bursts from the MAG shattered the stillness. The MAG-gunner, feeling uncomfortable about something ahead, fired over the heads of MacKenzie and Alexander, intermittent red tracer streaking towards the riverbank. Abrupt silence followed. Still no response from the terrorists.

Eventually the men reached their fallen comrades, their worst fears realised as they failed to find any traces of life. MacKenzie was also able, at last, to identify the cave where the terrorists had been firing from, his eyes drawn to globules of white phosphorus burning on the walls of the cave. After lobbing further grenades into the cave, MacKenzie crept into the cave, only to find that the terrorists had made good their escape. The terrorists has escaped across a maize field and in between stop groups, taking with them the MAG and ammunition carried by one of the Rhodesian soldiers.

Tracking was made difficult for the SAS trackers the following morning, the terrorists tracks blending in with those of locals in the area. The MAG, however, was found, the heavy weapon abandoned by the fleeing terrorists. This marked the end of a tragic and frustrating engagement with terrorists, one which was typical of the nature of Rhodesia’s bush war, the enemy taking full advantage of difficult and often treacherous terrain. Four lost their lives, but in all of this, the Rhodesian soldiers refused to give up on their brothers, unselfishly placing their own lives at great risk.

725702 Cpl John Coey’s final resting place in the Ohio Hills, USA (Photo with very special thanks to Louis Fourie and John’s parents in the USA)

Corporal John Alan Coey (24), one of several Americans to serve in the Rhodesian Army, enlisted in the SAS on 26 March 1972, seeing his first action in Mozambique’s Tete province. In 1974 he became an instructor in the RLI; later part of Support Commando specialising in tracking, mortars and armoured vehicles. Eventually he became a medic, trained at Llewellin Barracks, in Bulawayo. He participated in sixty fire force missions, helping to pioneer the combat medic concept with the RLI. John, initially buried in Que Que, was exhumed when it became evident that Rhodesia’s days were numbered, and he is now buried in the Ohio hills where a small American flag adorns his grave. He believed his destiny was in Rhodesia, the last bastion against Communism.

Corporal Ronald Eugene ‘Butch’ Alexander (24) was killed on 16 December 1976 by a gunshot wound in a contact in Mozambique during the Rambanayi raid when he jumped into the command bunker occupied by the enemy. Captain Johannes Matheus ‘Joe’ du Plooy (26) was killed when the SADF Puma helicopter in which he was being transported in Mapai, Mozambique on Op Uric, was shot down by an RPG-7 rocket. The aircraft, with the call-sign Hotel 4, was hit behind the pilot's seat, causing it to crash and burst into flames. 9 of the dead were RLI (Joe du Plooy, Gordon Fry, Jacobus Briel, Aiden Colman, Mark Crow, Brian Enslin, Steven King, Colin Neasham, David Prosser), 5 from Engineers (Charlie Small, Bruce Burns, Michael Jones, LeRoy Duberly, Peter Fox) and the SAAF air crew of 3 (Capt Paul Vellerman, Lt Nigel Osborne and Flt Sgt Dick Retief).

Captain Robert ‘Bob’ MacKenzie would become the recipient of both the Silver Cross of Rhodesia and the Bronze Cross of Rhodesia for his outstanding leadership and combat skills displayed in numerous external operations against terrorist camps. 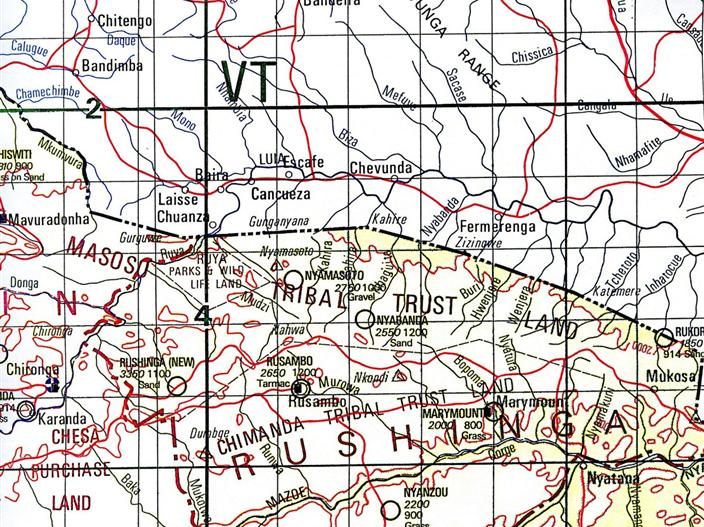 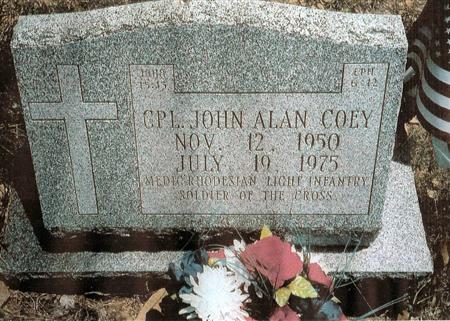