This book is a tribute to the tenacity and loyalty of all who served in Intaf, and their wives and families; the National Servicemen, the Vedettes, Community Advisers, Field and ADF staff, the regular members. With very little acknowledgment, support or recognition, they gave everything to the enormous dangerous tasks they faced.

As the traditional, almost paternal, guardian and custodian of these people, all the staff of Intaf found themselves at the forefront of this conflict. A virtual identity crisis arose, as they desperately, and against increasingly difficult odds, struggled to maintain a semblance of civil administration on the one hand, whilst performing armed and uniformed defensive and openly combatant roles on the other.

The Roll of Honour in this book bears testimony to this paradox, as many poorly trained and inadequately armed members of staff paid the ultimate price.

For interested overseas parties, an electronic version will be available. Hard copies will be made available in the UK ONLY on a print-to-order basis.
Please note that enquiries must be emailed directly to me on g.van-tonder@sky.com

From 1890 and throughout its history, the men of Internal Affairs were bound by an intense loyalty to each other, combined with a deep understanding of the tribal people in their charge. Their greatest strengths were individuality and self-reliance, strengths that were called upon to the fullest during the rebellions of 1896–97, and again in the conflict of the 1970s.

This 600-page book chronicles Intaf’s rapid forced conversion from the original dedicated and efficient district administration to a paramilitary force tasked with carrying out normal administrative functions in abnormal situations. Despite inadequate weaponry and insufficient training, Intaf was all too frequently the only armed presence. There were just not enough military forces to go around.

Many of those directly involved at all levels in the war have contributed their reminiscences in the pages of this book. These accounts and anecdotes have been supplemented by extracts from official documents and wide-ranging comment, melded to give a picture of one of the least-known and least-understood aspects of Rhodesia’s war against the guerrilla insurgents, the role of Intaf. This book serves to set the record straight.

Intaf’s first priority was to defend the tribesmen and maintain the administration.  In this task Intaf should have been supported by the military forces which, in common with much of the hierarchy in Salisbury, did not understand Intaf’s true role. Eventually Intaf found itself in operating in support of the military or, in the absence of the army, acting independently in a military role.

Intaf’s was a very personal war. All staff and their families, many of whom lived in continual danger in the tribal areas, were known to each other. As with the BSAP, they were unable to withdraw periodically to the bright lights of the towns. Their homes, wives and families were in the operational areas, often within earshot of contacts with insurgents. 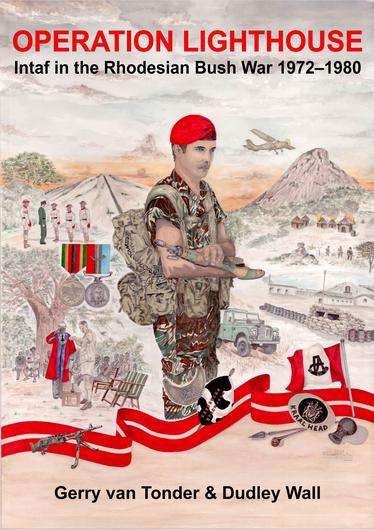