The epic proportions of the tragedy of the country of China before, during and after the Second World War, is difficult to perceive in terms of sheer magnitude and scale. The cold statistic of 13 million casualties sustained during the war offers a semblance of the problems that confronted the nations ideologically diverse leaders after Japan’s capitulation.

Initially, the prominent role played by the Nationalists during the conflict seemed set to take China through the healing process and into a complicated future. However, such appearances were deceiving. Mao Zedong’s brand of people-centred communism ensured his hold over vast areas of northern China, while Chiang Kai-shek’s nationalist regime appeared bent on self-destruction as a miscellany of failures frustrated even his most loyal allies.

On 9 August 1945, just three days after ‘Little Boy’ incinerated Hiroshima and coinciding with the same terrible hours when a flight of B-29s delivered ‘Fat Man’ to Nagasaki, the Soviet Red Army sealed the Manchukuo’s (Manchuria) fate.

China’s government, the Kuomintang (KMT), being so reliant on American support, allowed 50,000 marines to deploy in Manchuria to help the Soviets disarm and repatriate the resident Japanese population. But an attempt at delivering US marines to the old imperial capital of Peiping and Qingdao was refused. As a further affront, the KMT were blocked from reclaiming Manchuria’s cities, which flew in the face of the Chiang Kai-shek’s regime’s Treaty of Friendship with the Soviet Union. 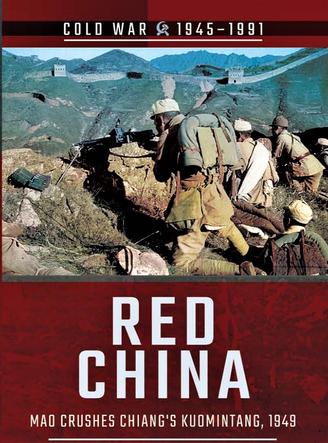 Unknown to the Americans, the Chinese Communists spent months preparing for all-out war against the KMT. What in previous years had been a genuine peasant army that travelled by foot was, in the space of less than a year, flush with rifles and machine guns, tanks and artillery, and with a total strength of 1.3 million.

By 1947, the hopes for a permanent United Front had disappeared without a trace. With much of north and north-east China reeling from the just-concluded world war, both sides readied themselves for a final struggle. The stakes could not have been higher. Whatever China could aspire to become, as a unified country commanding the largest population on Earth, it had first to choose a course. Mao’s communists wanted perpetual revolution to replace the vestiges of the dynastic past. Chiang and the KMT, on the other hand, sought a place among the nations of the world.