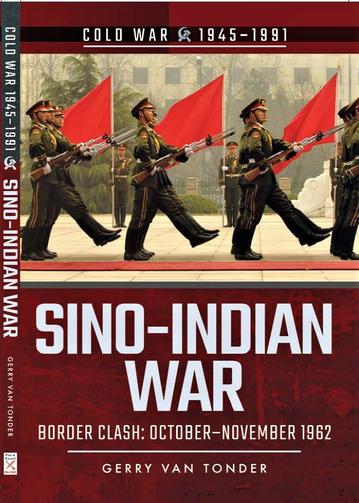 For a hundred years, British and Chinese territorial claims in the Himalayas were in dispute, with Indian historians claiming that the region was the fountainhead of Hindu civilization. In the halcyon days of the British Raj, London saw Afghanistan and Tibet as buffers from Russian and Chinese imperialism.

In 1913, an ephemeral agreement between Britain, Tibet and China was signed, recognizing the McMahon Line as the border of the disputed territory. China, however, failed to ratify the agreement, while India protested against a loss of historical land.

In the ensuing twelve years, Indian diplomacy, and Chinese ‘cartographic aggression’ were punctuated by incidents along the border, particularly in 1953, when armed clashes precipitated a significant increase in the disposition of troops by both sides.

In the spring of 1962, Indian forces into the Ladakh region of the state of Jammu and Kashmir, hoping to push the Chinese back.

In a spiralling game of brinkmanship, in September, ground forces were deployed and redeployed to gain strategic security. On 10 October, thirty-three Chinese died in a firefight near Dhola.

Embittered by Moscow’s support of India against a sister communist state, and in a bid to clip Nehru’s belligerent wings, on 20 October, the PLA launched a two-pronged attack against Indian positions in the region. Ironically, this was at the same time as the Cuban Missile Crisis.