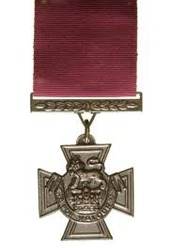 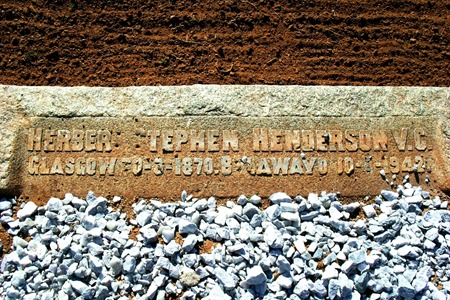 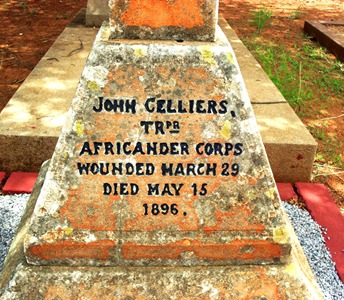 These are extracts from the Victoria Cross citation for Trooper Herbert Stephen Henderson. The incident took place during the Matabele Rebellion of 1896.

On the morning of the 30th March 1896, just before first light, Captain Macfarlane’s party was surprised by the natives. Troopers Celliers and Henderson, who formed part of the advanced guard, were cut off from the main body, and Celliers was shot through the knee. His horse also was badly wounded and eventually died. Henderson then placed Celliers on his own horse, and made the best of his way to Bulawayo, The country between Campbell’s Store, where they were cut off, and Bulawayo, a distance of about thirty-five miles, was full of natives fully armed, and they had, therefore, to proceed principally by night, hiding in the bush in the daytime. Celliers, who was weak from loss of blood, and in great agony, asked Henderson to leave him, but he would not, and brought him in, after passing two days and one night in the veldt without food. Sadly, and after having his leg amputated, Celliers died of his injuries a few weeks later.

Herbert Henderson was invested with his Victoria Cross by the Governor of Cape Colony, Lord Milner, in Bulawayo on the 14th November 1897. Henderson, who went on to mine at West Nicholson, died in Bulawayo on 10 August 1942. He was 72 years old and is buried in the city.