Typically, the insurgents, dubbed Communist Terrorists, or simply CTs, went about attacking soft targets in remote areas: the owners, managers and infrastructure of the rubber plantations and tin mines. In conjunction with this, was the implementation of Chairman Mao’s dictate of subverting the rural, largely peasant rural population to the cause.Twelve years of counter-insurgency operations ensued, as a wide range of British forces were joined in the conflict by ground, air and sea units from Australia, New Zealand, Southern Rhodesia, Fiji, Nyasaland and Northern Rhodesia.

Staggering under the immeasurable cost of the ‘good fight’, post-war Britain was immediately confronted with an imploding empire, where overseas territories over which the Crown held varying levels of control clamoured for self-determination. For predominantly ethnic Chinese radical activists, this translated as merdeka – independence – for a conglomerate of states, sultanates and islands that Whitehall referred to as British Malaya.

By the time of the Second World War Japanese occupation of the Malay Peninsula and Singapore, the Malayan Communist Party (MCP) had already been working on freedom from Britain. The Japanese conquerors, however, were also the loathsome enemies of the MCP’s ideological brothers in China.

An alliance of convenience with the British was the outcome. Britain armed and trained the MCP’s military wing, the Malayan People’s Anti-Japanese Army (MPAJA), to essentially wage jungle guerrilla warfare against Japanese occupying forces.

With the cessation of hostilities, anti-Japanese became anti-British, and, using the same weapons and training fortuitously provided by the British army during the war, the MCP launched a guerrilla war of insurgency.

Malaya was of significant strategic and economic importance to Britain. In the face of an emerging Communist regime in China, a British presence in Southeast Asia was imperative. Equally, rubber and tin, largely produced in Malaya by British expatriates, were important inputs for British industry. 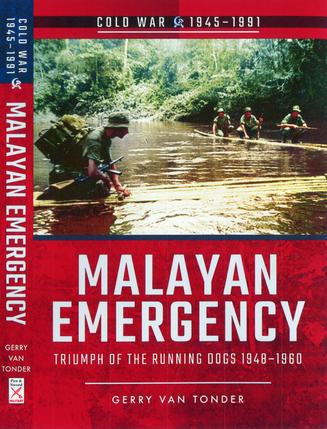