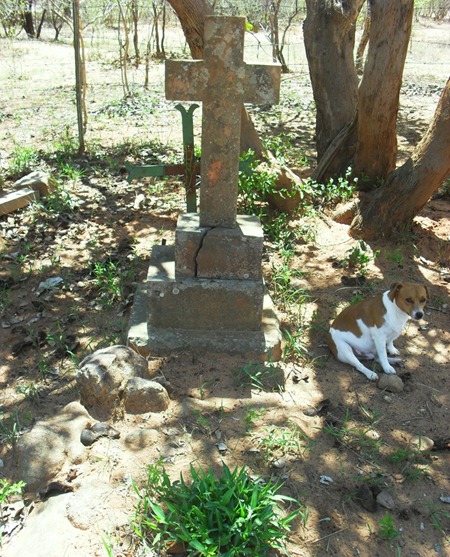 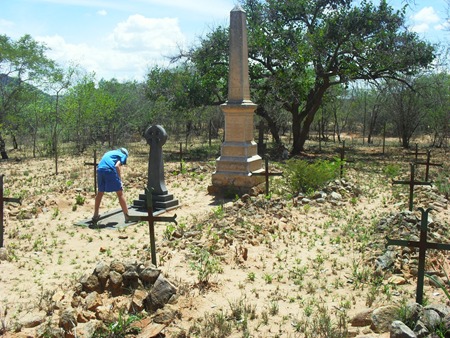 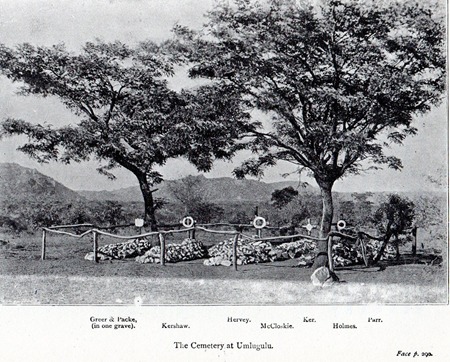 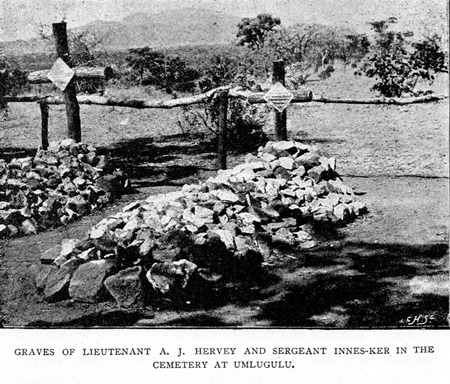 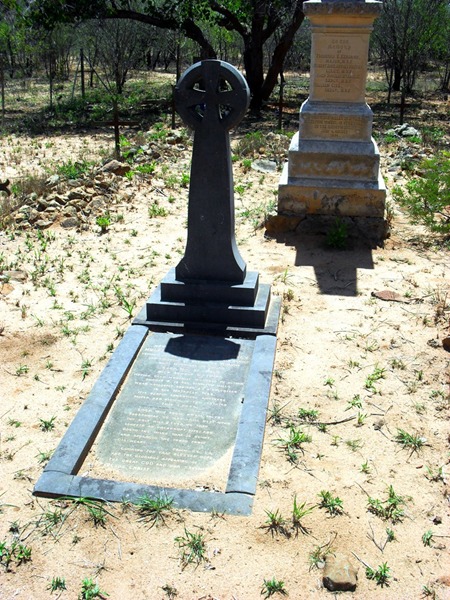 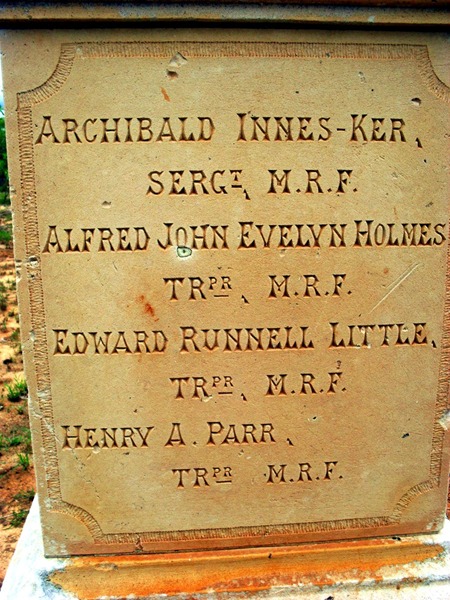 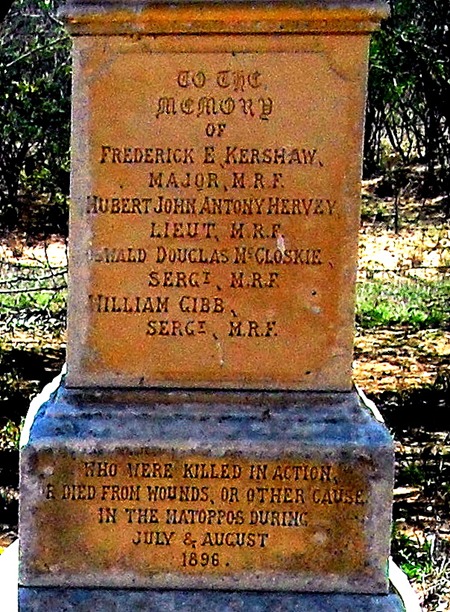 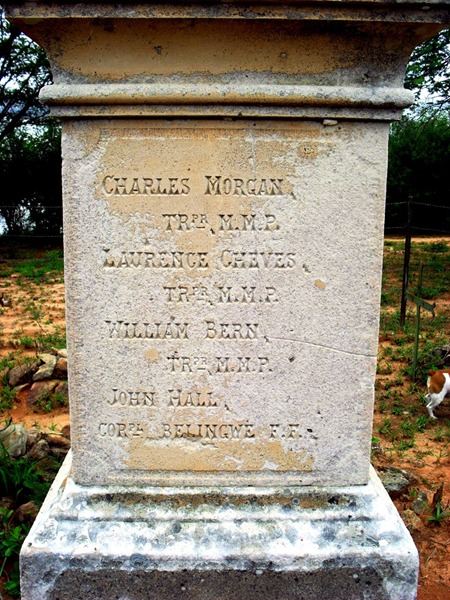 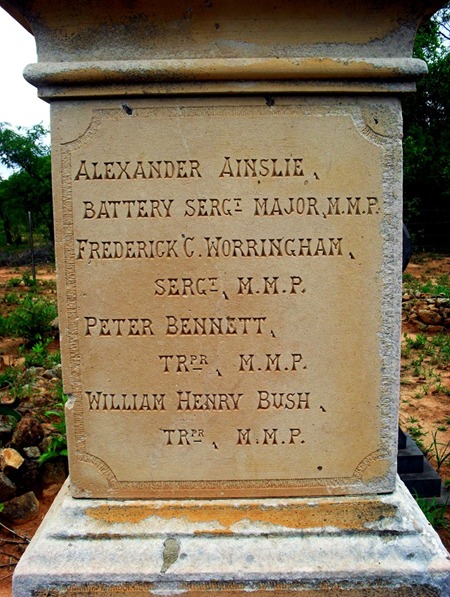 Situated on the Tuli Road on the southern fringes of the Matopos, Fort Umlugulu, a small military post, came to prominence during the Matabele Rebellion of 1896 when, in July and August of that year, Col Herbert Plumer, Commanding Officer of the Matabeleland Relief Force, struck at the remaining stronghold of the amaNdebele rebels. The fort was named after one of Lobengula's indunas.

Apart from the archival photos, the rest are those of Alan Bryant in Bulawayo, the man who spends so much of his time finding and renovating these old graves. Sadly, many of the name plates have been stolen, but the old, named photos have enabled grave identification. The black Celtic cross is at the head of Lt Hervey's grave.​ The base of the obelisk memorial carries the names of those who lost their lives in the campaign.