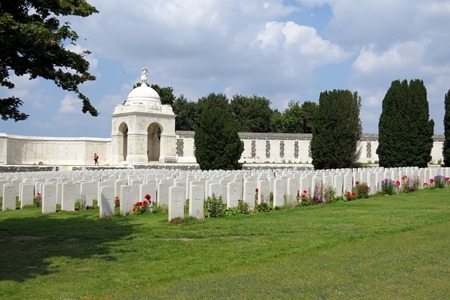 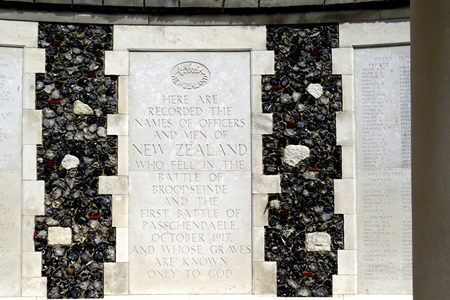 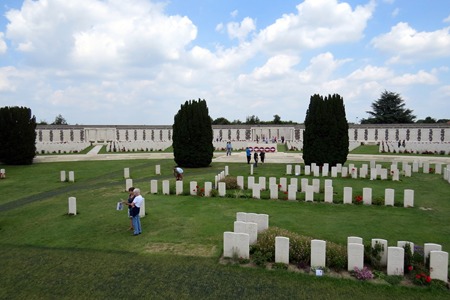 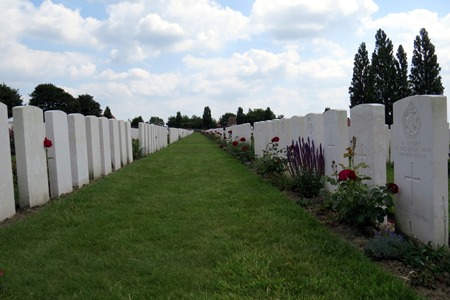 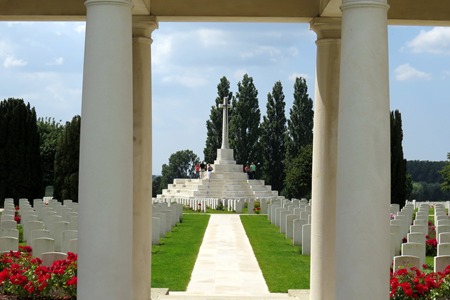 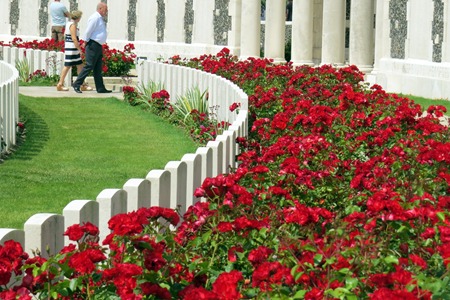 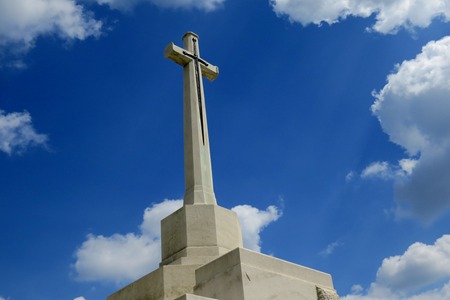 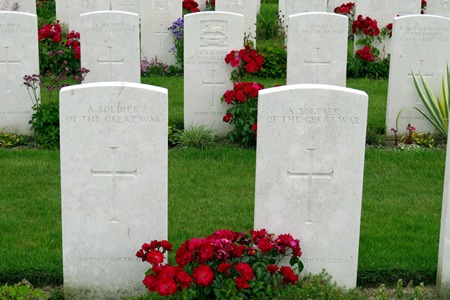 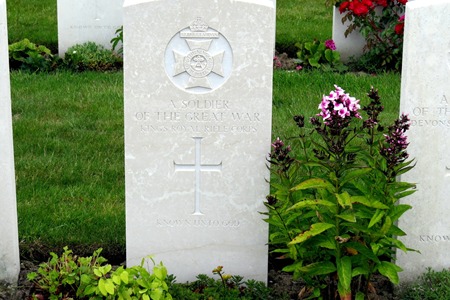 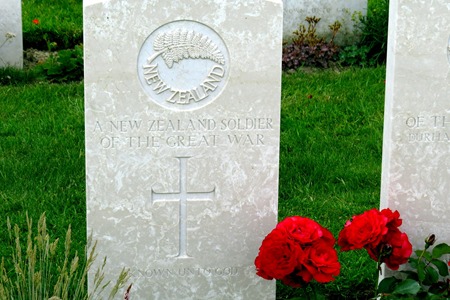 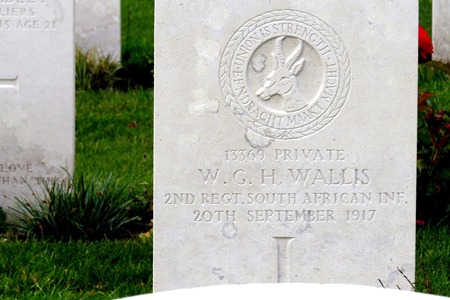 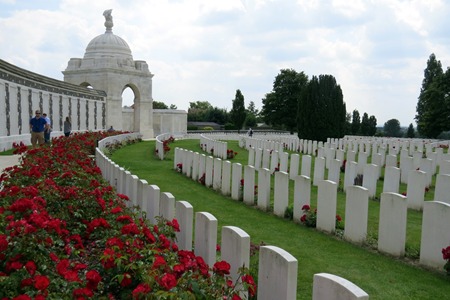 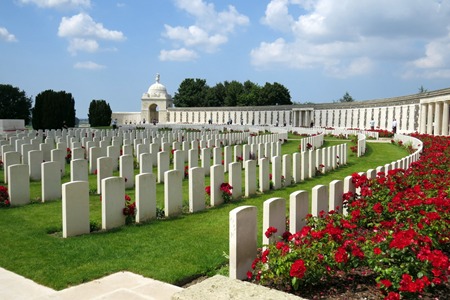 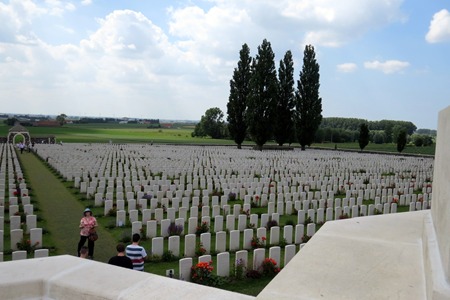 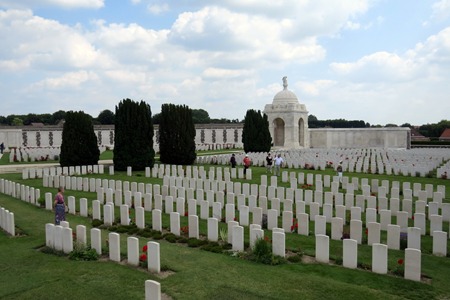 Designed by Sir Herbert Baker (who also designed Cecil John Rhodes' tomb, Groote Schuur in Cape Town and the Union Buildings in Pretoria), the curved wall of the memorial lists a carry over of the names of missing British and Commonwealth soldiers from 26 August 1917 to the end of World War One - a total of 35,000. In addition to this, the 12,000 headstones make this British war cemetery the largest in the world. Of this number, more than 8,300 are of unidentified soldiers. An enclave leading off the centre of the crescent-shaped memorial holds the names of New Zealand soldiers who perished in the nearby areas of Broodseinde and Passchendaele.

​The whole cemetery is characterised by sweeping swathes of red roses amidst immaculately maintained lawns.

The photos are all mine.