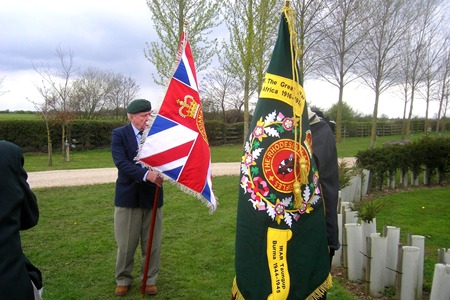 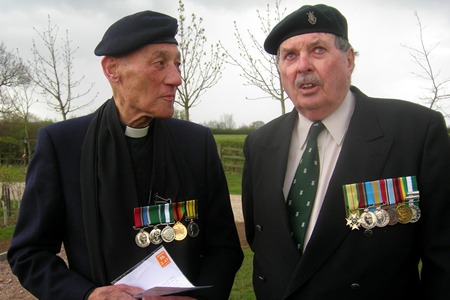 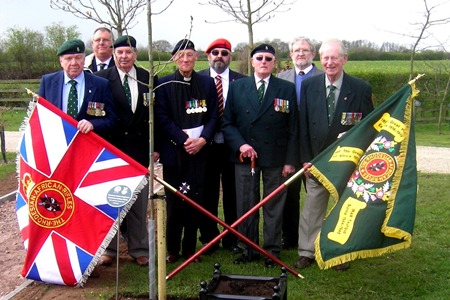 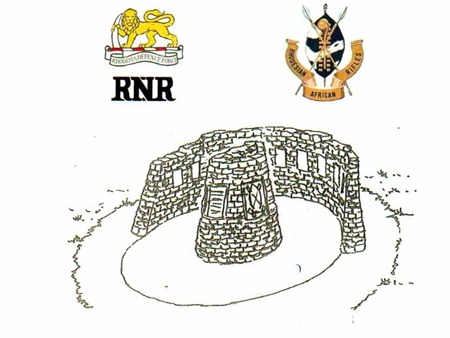 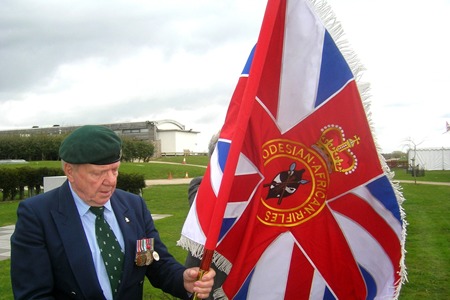 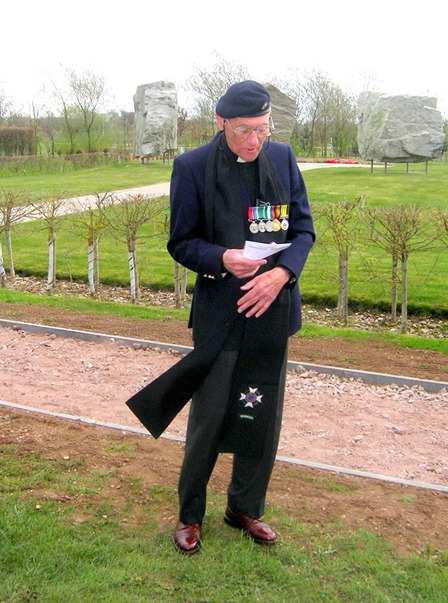 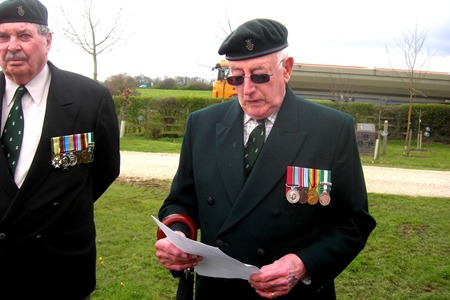 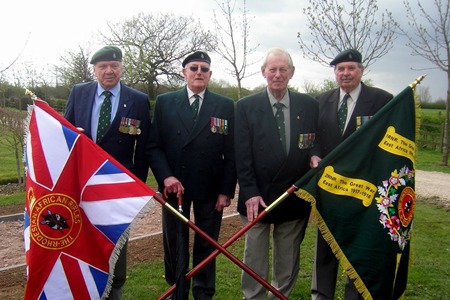 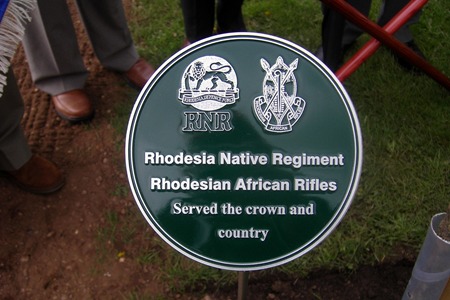 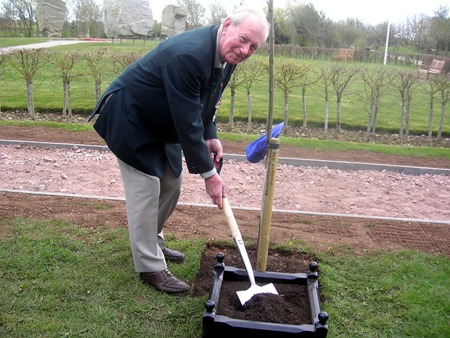 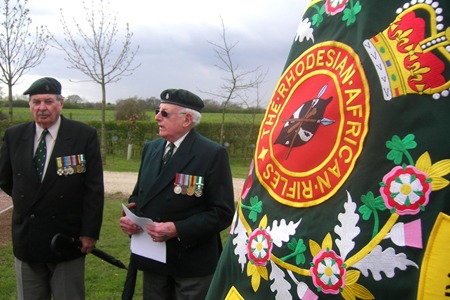 On 3 April 2012, a small group of Rhodesian veterans held a brief but moving tree planting ceremony at the National Memorial Arboretum near Alrewas in the English Midlands. Padre Terry Mesley-Spong said a few words before David Heppenstall (former Commanding Officer) did the necessary with a spade and some soil, ensuring that the Hungarian oak tree had a good start in life. Others in attendance were 'Hobo' Hobson, Will Ransom, Mike Shute (former Commanding Officer), Mike Hall and Malcolm Clewer.

This is the first phase of ensuring that the fallen soldiers of both the Rhodesia Native Regiment and the Rhodesian African Rifles are remembered for all time, albeit on 'foreign' soil. The Association is raising funds for the erection of a memorial which will be sited near that of the BSAP. After the photos, which are all mine, is a sketch of the proposed memorial.