Last year I recently received an appeal from a Mrs Shirley Vorster, seeking documentary evidence of her Rhodesian husband’s WWII service, which would entitle her to war-widow’s accommodation benefits. All I had was his name and the fact that he won the Military Medal.

Not only was I successful, but I was able to find an account of this man’s bravery on the original medal recommendation and approval record. This is the citation, dated 21 November 1942, for:

“This NCO displayed fine courage and leadership during the four days action (near Tel el Eissa) in support of 9 Australian Div from 31 October 42 onwards, particularly on 1 Nov 42 when his No.1 was severely wounded and evacuated. L/Bdr Vorster, in an isolated and exposed position, took command of the gun, and, under particularly heavy fire from tanks, MGs and HE, personally played a striking part in breaking up the enemy attack that developed in the afternoon. Acting himself as layer, and with only two other gun- numbers, he engaged 6-pdr with which the enemy had opened fire on him and which secured two direct hits on his gun shield. With four shots Vorster destroyed first the gun and then it’s Portee, which was burnt out. He then engaged an 88mm gun which had been inflicting severe damage on our troops; he set the gun-tractor on fire with his second shot and destroyed the gun itself with his third. His cool and steady behaviour, which made such feats of marksmanship possible, were on this and all occasions an example, not only to his own gun-team, but also to other troops around him in the severe fire which swept this area continuously for four days.”

The challenge of research can be so rewarding, with this particular one being such an honour for me to be able to find another brave Rhodesian in the annals of our military history. The medal award record reveals that the recommendation was approved and personally signed by a Major, a Lt Colonel, a Brigadier, and no fewer than four Generals, the latter including Alexander and Montgomery. Peter died in Durban in 1988.

This photo of Peter from his wife 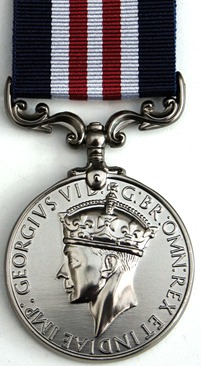 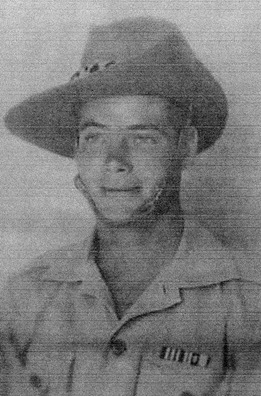