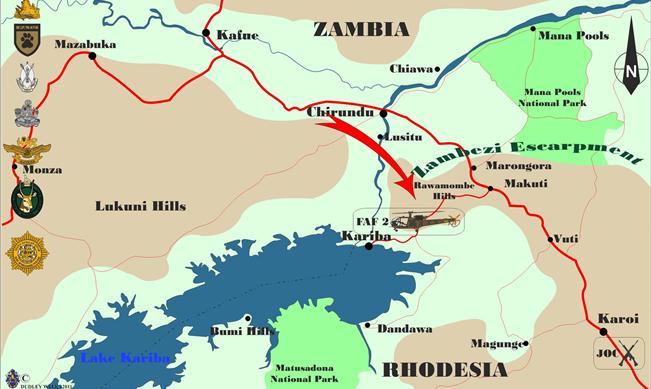 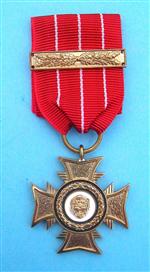 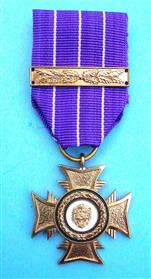 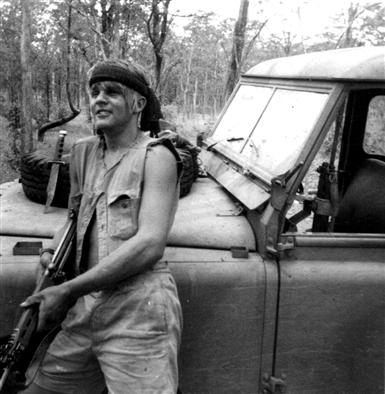 Prior to the landmark ZANLA attack on Altena Farm in Centenary in December 1972, elements of Rhodesia’s regular armed forces were engaged in border control duties, primarily in the Zambezi Valley. During this period in the late 1960s, ZAPU and SAANC cadres were crossing into the country, resulting in several highly successful operations by the Security Forces.

On 13 July, 28 ZAPU terrorists crossed the Zambezi south of Chirundu, with the intention of heading for Hartley. However, one of the gang got lost and, handing himself in at the BSAP Chirundu, precipitated the deployment of elements of the South African Police (SAP) and 3 Commando Rhodesian Light Infantry (RLI). ‘E’ Company 1 Rhodesian African Rifles (RAR) was also in the area.

Lt Jeremy Strong and his 3 Commando Troop were deployed by helicopter, reaching the area at six that evening. At first light the next day, they found fresh tracks of about thirty terrorists in a dry river bed. Placing sections of men on either side of the river gorge, Strong set off in the middle with another section, with a National Parks tracker leading the way. As they approached a bend, the tracker expressed reluctance to proceed any further, as he was firmly of the opinion that their quarry was waiting for them just metres ahead. He was right. About twenty metres from their position a group of about ten terrorists had secured a position in a cave, with further emplacements on either side of the gorge. The call-sign rapidly became pinned down under very heavy rifle, machine-gun and rocket fire from more than one terrorist position. With assistance from an armed helicopter, flown by Sqn Ldr Norman Walsh, and reinforcements provided from the sides of the gulley, the soldiers were able to pull back and link up with the SAP and 2nd Lt Ron Marillier’s RAR platoon. The helicopters took several hits as they assisted the ground troops, including casevacing two wounded RLI Troopers. One such mission was carried out in very dangerous conditions at night by Norman Walsh.

As the day progressed, one call-sign remain pinned down, in spite of added air support in the form of Frantans from Provosts based at FAF 2, Kariba. At 1930 that night, darkness eventually allowed the embattled troops to pull out with their casualties. RLI, PATU and SAP call-signs set up night ambushes both in the riverbed and at the top of the gorge. Early the next morning, WO II Al Tourle of 3 Commando, accounted for four terrorists. Provost pilots Tony Smit and Ken Law again dropped Frantans on the terrorist positions in the riverbed, followed by a sweep by 12 Troop and 14 Troop under 3 Commando OC Maj Rob Southey. Another two terrorists were found and killed, but by this time the rest had made good their escape, leaving ten of their dead behind. The action had lasted 26 hours.

On 20 July, Al Tourle and his men accounted for a further nine terrorists, many as a result of a fire started by phosphorus grenades setting off the terrorists’ supply of ammunition. A subsequent contact resulted in a further five kills. A final terrorist was captured three days later and it was assumed one had managed to evade the Security Forces. Operation Griffin was officially closed on 26 July 1968. Security Forces lost one killed in action, Constable du Toit of the SAP, and six were wounded. The operation was deemed very successful, thanks largely to the combined efforts of regular troops of the RLI and RAR; RhAF air support, troop transport and casevacing; the BSAP and its anti-terrorist wing PATU; the South African Police (SAP); and trackers from the Department of National Parks and Wild Life Management. The outstanding bravery in action and under heavy enemy fire during this short-lived operation would be recognised in the Bronze Cross of Rhodesia citations of no fewer than five members of the Security Forces; three from the Rhodesia Light Infantry, and one from each of the Rhodesian Air Force and the Rhodesian African Rifles.