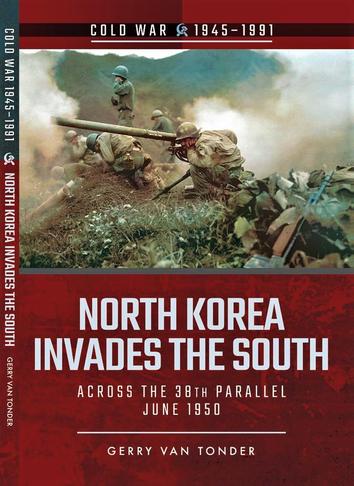 North Korea Invades the South: Across the 38th Parallel June 1950

‘The attack upon Korea makes it plain beyond all doubt that Communism has passed beyond the use of subversion to conquer independent nations and will now use armed invasion and war’.

A week after his reaction to the North Korean invasion south across the 38th Parallel, US President Harry S. Truman, in compliance with a UN Security Council resolution, appointed that iconic Second World War veteran, General Douglas MacArthur, commander-in-chief of forces in Korea.

Without warning, at 4.00 am on 25 June 1950, North Korean artillery laid down a heavy bombardment on the Ongjin Peninsula, followed four hours later by a massive armoured, air, amphibious and infantry breach of the ill-conceived post-war ‘border’ that was the 38º north line of latitude. At 11.00 am, North Korea issued a declaration of war against the Republic of Korea. Three days later, the South Korean capital, Seoul, fell.

In August 1945, the capitulation of the Japanese precipitated a hastily agreed-to delineation of American and Soviet zones of occupation on the Korean peninsula, pending a merging of the two Koreas into a single, unified state. By the summer of 1948, tensions escalated dramatically between north and south, the former adamant that South Korea belonged to them.

The unprepared and understrength American Far East Command in Japan rapidly airlifted combat elements of the 24th US Division to avoid a total rout in Korea at the hands of the committed North Korean supremo, Marshal Choi Yung Kun. Within days, British Prime Minister Clement Attlee placed the British navy in Japanese waters at Truman’s disposal. The decisions by the two erstwhile war allies, to act in accordance with a UN mandate for the use of force was, however, not fully endorsed by their respective legislatures or electorates – wounds from the just-ended global conflict were still raw.

Whilst blaming the hostilities on South Korea and ‘all who stand behind their back’, the Soviets formally declared that they would adhere to the principle of non-interference by foreign powers in the internal affairs of Korea.

The first in a six-volume series on the Korean War, this publication considers those first few fateful days in June 1950 that would cement north-south antagonism to this day, the pariah state that is communist North Korea a seemingly increasing threat to an already tenuous global peace.